“This investigation was lengthy and of a very sensitive nature.  The original crime that was alleged by Sherri Papini disturbed citizens throughout the country as it gained national attention.   Through the thorough work of local, state and federal law enforcement and criminal justice professionals, who were under a spotlight and some criticism for not moving faster to solve this crime, thank you for your professionalism and staying focused on the conclusion of the investigation.” – CSLEA President Alan Barcelona 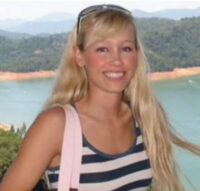 SACRAMENTO – On September 19, 2022, Sherri Papini, 39, of Redding, was sentenced to 18 months in prison to be followed by 36 months of supervised release for making materially false statements to FBI agents about the circumstances of her own hoax kidnapping and committing mail fraud based on her being a kidnapping victim.

Papini was ordered to pay $309,902 in restitution for losses incurred by the California Victim Compensation Board, the Social Security Administration, the Shasta County Sheriff’s Office, and the Federal Bureau of Investigation.

According to the criminal complaint and Papini’s plea agreement, on Nov. 2, 2016, Papini was reported missing and was believed to be kidnapped. Extensive searches were conducted for her in Shasta County, throughout California, as well as other states. Twenty-two days later, on Nov. 24, 2016, Papini reappeared with various bindings on her body and injuries, including a “brand” on her right shoulder, and claimed that she had been abducted by two Hispanic women at gunpoint, held against her will, and that she had been abused by her captors. At that point, law enforcement efforts focused on finding her abductors. For over four years, Papini repeated her false story about her kidnapping, while law enforcement continued its investigation to identify Papini’s kidnappers.

Eventually, the evidence showed that Papini’s story was a carefully planned, false story. DNA, cellphone, and car rental evidence proved she had been voluntarily staying with a former boyfriend and that she had harmed herself to support her false statements. On Aug. 13, 2020, an FBI special agent and a detective with the Shasta County Sheriff’s Office met with Papini. At the outset of the meeting, they told Papini it was a crime to lie to federal agents. Papini continued to claim she was kidnapped. Later in the interview, Papini was again warned that it was a crime to lie to federal agents and was told about the DNA and telephone evidence showing that she had been with her former boyfriend. Yet, even after this second warning and evidence, Papini continued to make false statements.

Not only did Papini lie to law enforcement, her friends, and her family, she also made false statements to the California Victim Compensation Board and the Social Security Administration in order to receive benefits as a result of her alleged “post-traumatic stress” from being abducted.

This case was the product of an investigation by the FBI and the Shasta County Sheriff’s Office with assistance from the California Department of Justice’s Bureau of Forensic Services and Bureau of Investigation, and the California Highway Patrol. Assistant U.S. Attorneys Veronica M.A. Alegría and Shelley D. Weger prosecuted the case.