“In cases such as this, detectives rely heavily upon what science and lab tests can reveal.  Criminalists at the California Department of Justice not only have fascinating jobs, they have a very vital role in assisting law enforcement in the pursuit of criminal justice.” – CSLEA President Alan Barcelona 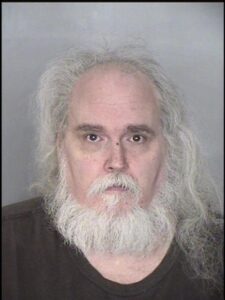 CHICO – On December 29, 2022, Darren Wade Pirtle, 57, of Chico, who lived with the decaying body of his dead roommate for the past four years, was sentenced for stealing the identity and money of that dead roommate. Pirtle was sentenced in Butte County Superior Court on one count of identity theft and ten counts of forgery. He received a sentence of two years felony probation with credit for the 100 days served in jail thus far and was ordered to pay nearly $70,000 in restitution.

The charges arose from Pirtle assuming the identity of his deceased roommate, Kevin Olson, 64 of Chico, and forging Olson’s name on checks from March 1, 2019, through September 21, 2022. Olson’s body was found in late September as a result of a search warrant served at Olson’s Chico home.  The search warrant stemmed from a missing person investigation that began in August of 2022. A relative of Olson reported to Chico police that he had not seen or heard from Olson in approximately four years. The relative reported that he and another relative had made attempts over the years to contact Olson and had spoken to Olson’s roommate, Pirtle, during those contacts. The relative reported Pirtle always gave various excuses for Olson’s “absences”.

A Chico Police officer also contacted Pirtle at Olson’s residence and was told Olson was “out of town.” The police interviewed relatives and friends of Olson. Based on those interviews, police determined the last confirmed sighting of Olson was in October 2018. During the missing person investigation, Chico police detectives learned Olson was retired from the United States Navy and had accounts at the Navy Federal Credit Union. With the assistance of the Butte County District Attorney’s Office, the Chico detectives obtained a search warrant for Olson’s accounts. The account records showed Olson’s retirement checks were deposited directly into his credit union account each month. The records further showed the mortgage for Olson’s home continued to be paid, initially by check, but starting in June 2019, by automatic payment out of Olsen’s bank account. Further records showed approximately 50 checks had been written to Pirtle from the account since July of 2019. Detectives compared the writing and signatures on the checks written to Pirtle with known writing and signatures of Olson and concluded the checks were not written or signed by Olson.

Pirtle was still living at Olson’s home during the service of the search warrant at the home on September 21, 2022. Inside the residence, officers located the body of Olson on the floor of what had been his back bedroom. The body was extremely decayed.  Based on the condition of the body, officers requested the assistance of the Department of Justice Crime Lab in Chico and anthropologists from CSUC. After an autopsy, a forensic pathologist was unable to definitively determine Olson’s cause of death. However, the pathologist was able to rule out foul play and opined that Olson had died as a result of natural causes.

Based on the financial records, interviews with family and friends of Olson, and the condition of the body, it is believed Olson died in late 2018. Pirtle told investigators Olson had died around the time of the Camp Fire in November 2018. Pirtle said he traveled to the coast during the Camp Fire and found Olson dead when he returned to the residence. Pirtle told investigators that after finding Olson dead in the bedroom he left Olson’s body where he found it and closed the bedroom door. When asked by investigators why he didn’t report Olson’s death, Pirtle responded that he would have been homeless. Pirtle made similar statements to a probation officer during a pre-sentencing interview. Pirtle also told the probation officer that he intended to continue living off of Olson’s military pension for as long as possible and was using most of the money to pay household bills, including the mortgage.

Pirtle was placed on formal felony probation for two years. The terms and conditions of probation included a requirement that Pirtle pay $69,900 restitution to the Defense Finance and Accounting Service. Other terms include that Pirtle not maintain any account upon which a check could be drawn, not possess any checks (other than a paycheck payable to him), not possess any bank or credit cards not in his name, and actively seek employment. The judge additionally gave Pirtle credit for the 100 days he had served thus far, allowing him to be released from the jail onto probation supervision. After Chico Police concluded their search of Olson’s residence, the entire house was declared “uninhabitable” by City of Chico Code Enforcement and “Red Tagged.” The house will eventually be demolished.