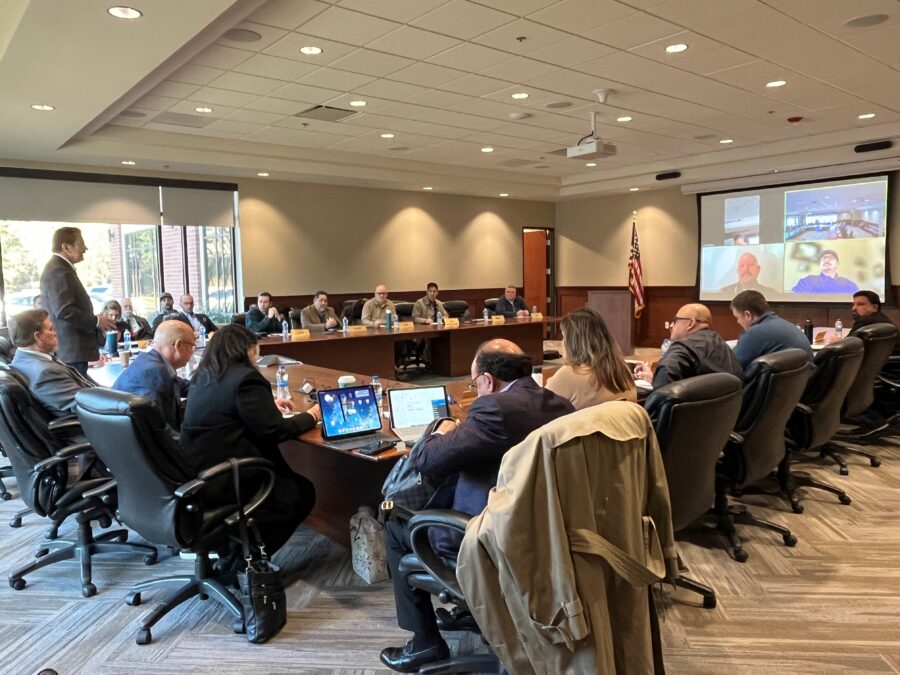 “Our jobs are to protect and improve the lives of our members. I enjoy working on behalf of, and building this organization to benefit, our members.  I appreciate the opportunity to continue our efforts to improve and protect salaries, job and retirement security, medical benefits and working conditions.” – CSLEA President Alan Barcelona

SACRAMENTO – The California Statewide Law Enforcement Association (CSLEA) board of directors held its 2022 fourth quarter meeting at CSLEA headquarters on December 14 2022. Following the Pledge of Allegiance, a moment of silence for fallen officers and military personnel, and the approval of third quarter board meeting minutes, the first order of business was the election of CSLEA unit vice presidents.

After conducting the day’s business, the Board of Directors’ meeting concluded with the unanimous vote by affirmation to re-elect Alan Barcelona as president of CSLEA. 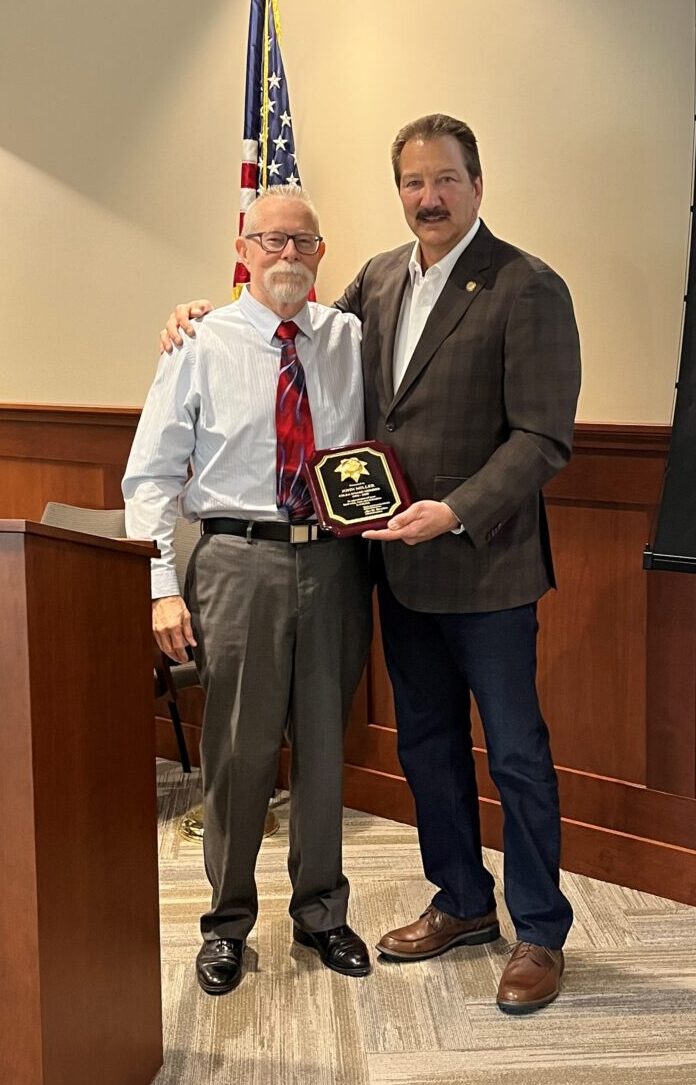 In addition to the elections, CSLEA President Alan Barcelona awarded plaques for service on the Board of Directors to ASA-DOJ President Brad Ehrman and retired AC-DOJ President John Miller.  Ehrman is retiring from State service and will be leaving the CSLEA Board of Directors (BOD).  Miller left the BOD a couple of years ago following a promotion at DOJ and is now retired from State service. 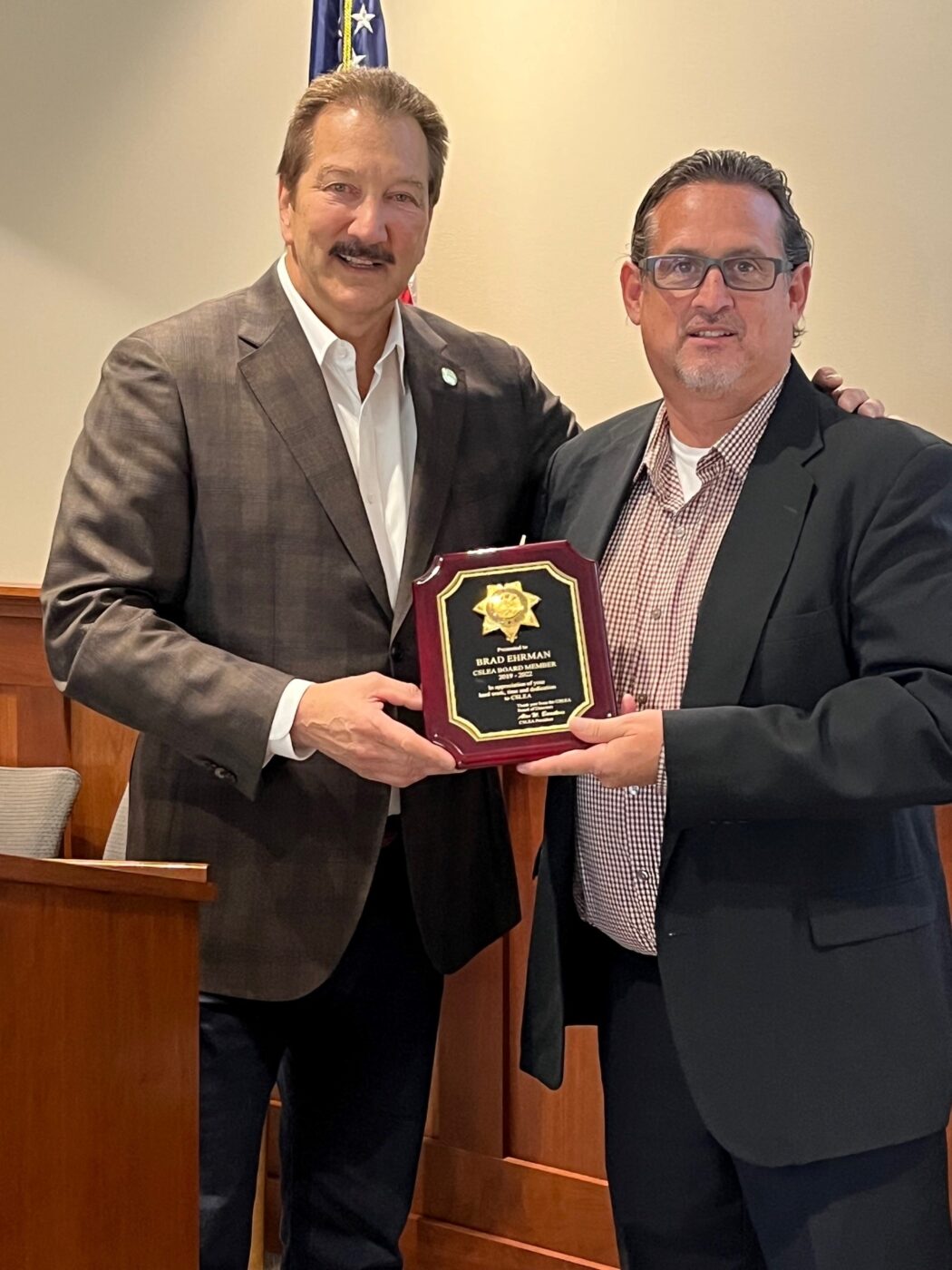 “These two gentlemen volunteered to work on behalf of our members and have been extremely dedicated to the mission of our union.  We thank them for their service, they have been a tremendous asset to our organization and our efforts,” said Barcelona.

CSLEA’s contracted auditor presented a report to the board following his audit of the organization’s finances over the past two years, stating CSLEA received the highest auditor’s opinion that an organization can receive. The auditor’s report was followed by CSLEA Chief Financial Officer Ricardo Sanchez’s quarterly report on income and expenses.

The membership committee discussed its efforts to reach those in Bargaining Unit 7 who have not yet signed up for union membership, reminding directors that portions of Senate Bill 2 go into effect January 1, 2023, and no peace officer should be without a Legal Defense Fund safety net.

CSLEA Chief Counsel Kasey Clark provided a Legal Defense Fund (LDF) and Legal Representation Committee (LRC) report to directors, updating them on legal and representation cases including a member’s officer involved shooting and a post-Janus case that may proceed to a United States Supreme Court hearing.  The post-Janus case in which CSLEA is a defendant is funded by a conservative group whose goal it is to limit the power of unions, so unions are unable to financially support like-minded candidates and provide influence on favorable or unfavorable legislation.

CSLEA Political Consultant Peter Mitchell updated directors on the election outcome, what it means to CSLEA and members, the new legislative session and probable public safety related bills that will be considered.

Joining the CSLEA board for the first time as a director, was Association of California Wildlife Officers (ACWO), Michael Milotz, an officer at California Department of Fish and Wildlife.  Milotz replaces former ACWO President Ryan McCoy who accepted a promotion at CDFW.

“I want to take this opportunity to wish our CSLEA members the best holiday season and may the following year come with greatness and prosperity for all of us,” said CSLEA Director and California Organization of Licensing Registration Examiners (COLRE) President Enrique Razo.  “Please remember to start working on your proposals for the upcoming contract.  The best ideas and suggestions come from the examiners who, day in and day out, perform the best job at the Department of Motor Vehicles.” 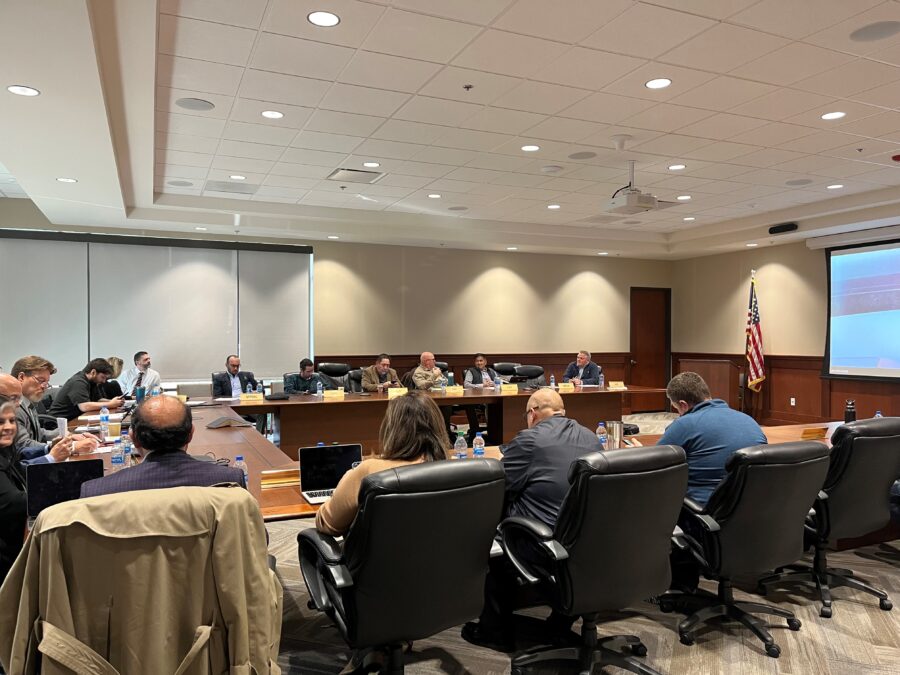