Sacramento Store Owner Busted For Routinely Selling Alcohol To Minors "To be popped, turn around and do it again the very same day and two days after that, that's a blatant disregard for the health and safety of our young people and anyone else those young people encounter while intoxicated." - CSLEA President Alan Barcelona

Some parents in the Sacramento area are cheering the work of California Alcoholic Beverage Control (ABC) agents after an ABC investigation lead to the indefinite suspension of the liquor license at the  Come-N-Go Food Store on Freeport Blvd.

"This case obviously was a huge priority for our ABC agents," said Alan Barcelona, president of the California Statewide Law Enforcement Association (CSLEA) which represents ABC agents.   "The crimes happened mid-June and the liquor license was suspended July first.    That process typically takes  months and months.   It indicates to me, there were some serious violations going on, and on a regular basis and swift action was necessary." 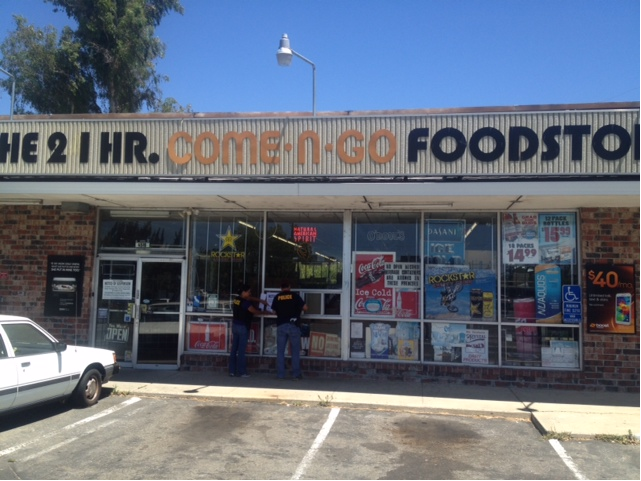 "This was not a decoy operation," added Barcelona.  "These were kids getting their hands on alcoholic beverages presumably because no one was asking for i-d's.   When something like that happens, word among teens spreads quickly.  I commend our ABC agents for moving in and putting a stop to this.  Who knows how long this has been going on and how many people have been hurt or put in harm's way because of  this criminal behavior."

According to on-line Sacramento County Superior Court records, a jury found Sun guilty of furnishing alcohol to a minor back in 1987.  He was placed on probation for three years.   In 1992 he was placed on one year probation after pleading no contest to a Health and Safety Violation.

Sun is currently charged with three counts of selling alcoholic beverages  to a minor and one count of contributing to the delinquency of a minor.   He was arraigned and appointed a public defender on July 1.  His next court appearance is set for August 5.

The Sacramento Police Department assisted ABC agents with this investigation.