ANTIOCH - An investigation by California Department of Motor Vehicles (DMV) investigators has led to criminal charges against an Antioch car dealer and his wife for odometer tampering.

"There is nothing safe about a car that has had its odometer rolled back," said Alan Barcelona, president of the California Statewide Law Enforcement Association (CSLEA).  CSLEA represents DMV investigators, along with nearly 7,000 other law enforcement, public safety and consumer protection professionals who work for the State of California.  "Vehicles with rolled back odometers puts consumers' safety at risk and puts them at risk financially.  Our DMV investigators work to uncover those who participate in this illegal act, arrest them and send the cases to district attorneys for prosecution."

On August 20, 2014, California Car Sales owner George Guevara, 52, was charged with 79 criminal counts including conspiracy to commit grand theft, odometer tampering, and theft by false pretenses. As  a result of those charges, Guevara surrendered to authorities. Guevara's wife, Danielle Guevara, 45, is also charged in connection with this case. 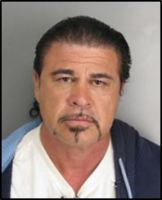 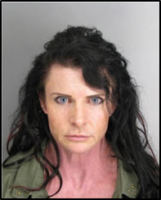 When DMV investigators followed up on a consumer's complaint about having purchased a vehicle in which the odometer may have been rolled back, their undercover investigation revealed someone at California Car Sales was rolling back the odometers making the used cars look a whole lot "less-used" than they actually were.

In April, an undercover investigator purchased a minivan with an odometer, which had been rolled back nearly 150,000 miles. Investigators determined more than  100 vehicles sold from Guevara’s lot had their odometers altered.

In some cases odometers from parts suppliers were installed into the cars, in other cases odometers were taken to speedometer shops where readings were changed based on falsified documents purporting to show what the actual mileage was.

While George Guevara faces the bulk of the criminal charges, his wife is accused of creating the  stickers for the cars listing the Kelley Blue Book value of the car at the lower mileage rate.

To see DMV investigators as they made the arrest in June, watch  KTVU - 2 Investigates: Odometer rollback bust caught on camera

"This is a very important story for consumers to see," said Kenneth Ehrman, CSLEA Unit-A vice president and president of the CSLEA affiliate Association of Motor Vehicle Investigators of California (AMVIC).  "First and foremost, if you suspect this type of illegal activity, let DMV investigators know.  Odometer fraud is on the rise and puts consumers at risk, not just financially, this a safety issue as well."