When California Statewide Law Enforcement Association (CSLEA) Member and Department of Motor Vehicles (DMV) Investigator Sandy Fiore's daughter announced to her that she wanted to hand out lunches and care packages to those in need, the acronym DMV suddenly  took on a whole new meaning, "Do More Volunteering."

"My daughter, Valerie, is very much a giver, she has a big, huge heart," said Fiore.

After two mornings helping the homeless in Van Nuys and at Skid Row in Los Angeles, Valerie Fiore, 13, was hooked.   "After going to Skid Row with my mom and my sister, I was able to see how people don't have a bathroom, running water, or a roof over their head," said Valerie. 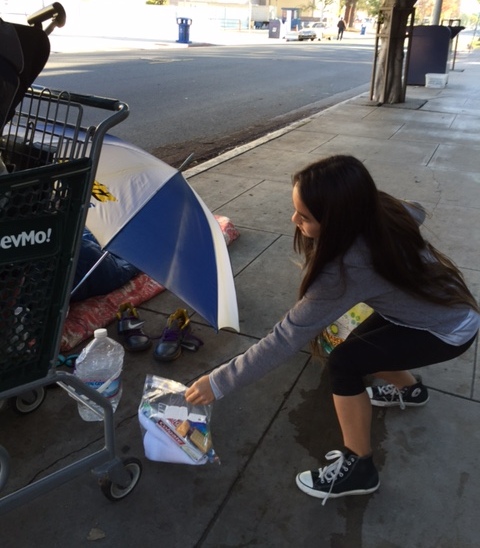 Now,  mother Sandy, who, as a DMV investigator, is used to following leads, is  beside her daughter, Valerie, assisting with her pledge to make life a little more comfortable for those less fortunate.

As a DMV investigator for the past 15 years, Sandy knows the streets aren't always kind.  "I told her, you're going to see people who may not be nice, who may be under the influence, who may suffer from mental illness," said Fiore, who insisted Valerie, and Valerie's little sister, Gianna, 10, stay safely inside the vehicle when distributing gifts in some of the areas considered to be more dangerous.

Valerie's first go at helping the homeless was in February 2014, when she made and distributed 100 lunches for an Honor Roll project at La Mesa Junior High.  Then, in December, Valerie made  61 care baggies filled with snacks, toothpaste, a towel and other items.  When it came time to make the deliveries, she put sister Gianna in charge of capturing those moments with a cell phone camera and then edited a video for all to see.

Knowing how much these acts of kindness meant to Valerie, Sandy sent Valerie's YouTube link to a local television station.  A reporter interviewed them both and now, the Fiore Project, created by Valerie, is on its way to do more volunteering. 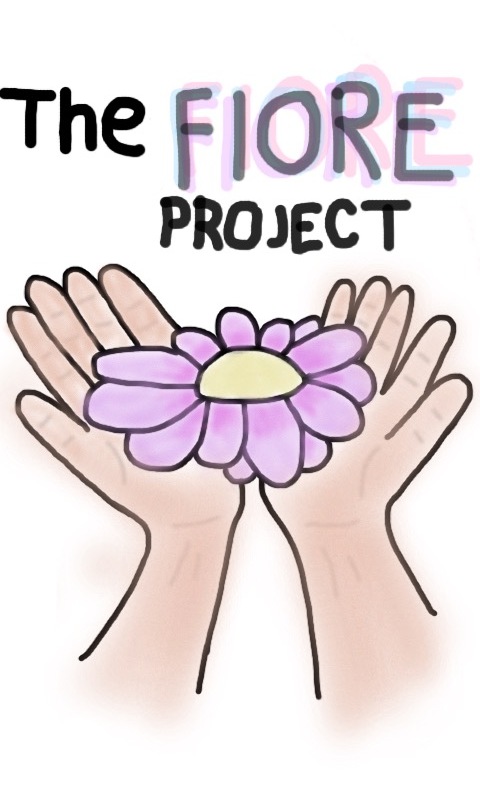 "I am glad my mom supports me in this project, without her this project would not exist," said Valerie.  "I always get my mom's support in anything I do."

Sandy supported her daughter by having a few t'shirts made with a logo Valerie designed.  Now people are asking to purchase the shirts.  Their dentist donated 50 toothbrushes and tubes of toothpaste.  Friends and acquaintances who saw the TV news story donated money.  Others are asking if they can join them in delivering the packages.

"At first I wasn't sure how I was going to  handle how to do this," said Sandy.  "I grew up in East L.A. and I work in the valley, I have seen all kinds of things on the streets, but with the help of the girls' father, Valerie now has a Facebook page and a paypal account set up."

"I have known Investigator Fiore longer than Valerie has been alive," said Kenny Ehrman, president of the Association of Motor Vehicle Investigators of California (AMVIC) and Unit A vice president of CSLEA.  "She is dedicated to her profession, to her children and to her community.  I am also very proud of Valerie.  We can learn so much from our children if we just watch, listen and join in."

"I am in awe of what our members do in their communities to help out," said CSLEA President Alan Barcelona.  "Days off are few and far between, so for Sandy to dedicate the time and effort to Valerie's very worthy project, speaks volumes."

The Fiore's are receiving many kudos and look forward to visiting the homeless with care packages on a monthly basis.  "I would like to be able to give sleeping bags to the homeless," said Valerie.  "Because of the weather conditions."