"The goal is to reduce underage drinking, driving under the influence and overall crime on the street," said Kevin Highbaugh, president of the California Alcoholic Beverage Control Agents (CABCA) and California Statewide Law Enforcement Association (CSLEA) board member.  "This is only a portion of what ABC agents do to keep Californians and visitors from harm's way."

During the  March 14, 2015 operation, ABC agents teamed up with officers from nearly 100 law enforcement agencies throughout the state.   The decoys asked people to purchase alcohol for them, stating clearly that they were under the age of 21.  Those who bought alcohol for the underage decoys were immediately cited.

By night's end, ABC agents and local law enforcement officers cited 410 people and arrested 22.  More than 340 people were cited for buying alcohol for someone under 21 while the remainder were cited or arrested for other charges including open containers, vehicle code violations, illegal drugs, public drunkenness, false ID, parole violations or outstanding warrants.

"This is a terrific way to combat underage drinking and address other criminal issues at the same time," said CSLEA President Alan Barcelona.  "ABC agents not only conduct decoy operations, they work with local law enforcement to keep drugs and alcohol out of our schools, they work undercover on campuses, concert and  event venues,  and restaurants and bars.  They combat gangs, illegal gambling and human trafficking.  They are a great crime-fighting resource for communities." 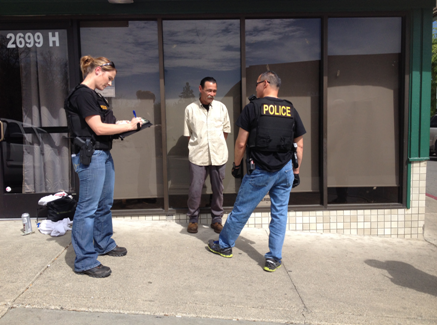