SAN FRANCISCO - On May 8, 2015, a website operator who exploited women online pled no contest to one count of extortion, three counts of attempted extortion, and one count of conspiracy.  Casey E. Meyering, of Oklahoma, operated WinByState.com, a cyber exploitation website on which intimate images of unsuspecting victims were posted without the victims’ consent.  Meyering entered his no contest plea in Napa County Superior Court.

“This is a turning point in the fight against cyber exploitation and a message to those who cowardly profit from victimizing, belittling, and harassing women. My office will continue to be vigilant, and we will investigate and prosecute those who commit these deplorable acts,” said Attorney General Kamala Harris. 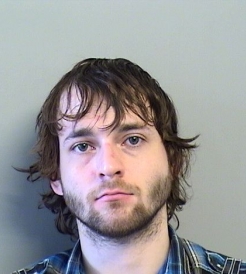 Meyering was arrested in Tulsa on February 13, 2014, and extradited to California following an investigation led by the California Department of Justice’s eCrime Unit.   The investigation began when a Northern California woman realized her computer had been hacked and photos stolen.  She did her own detective work and discovered nude photos of herself on the website WinBuyState.com.

Meyering facilitated the posting of more than 400 sexually explicit photos of Californians and extorted victims for as much as $250 each to remove the photos.   At least one victim was under 18 at the time the photographs were taken, according to court documents.

"This man set a new low for extortionists.  Fortunately, DOJ special agents put a stop to it ," said Alan Barcelona, president of the California Statewide Law Enforcement Association (CSLEA) which represents DOJ special agents along with nearly 7,000 other law enforcement, public safety and consumer protection professionals who work for the State of California.  "DOJ special agents in the eCrime unit have a unique task in their investigations which  can be lengthy and tedious, but as this case shows, the agents don't stop until they've identified their suspect and they don't stop at state lines to bring their suspect to justice."

The no contest plea is considered by the court the same as a guilty plea.  Meyering is scheduled to be sentenced on June 8, 2015.