MIDDLETOWN- When the Valley Fire ignited September 12, 2015 at 1:24 in the afternoon, no one could even begin to fathom its instant rage and fiery path of destruction.  Tall, vicious flames raced across dry land and timber, scorching more than 76,000 acres with no concern for people, places or personal property. 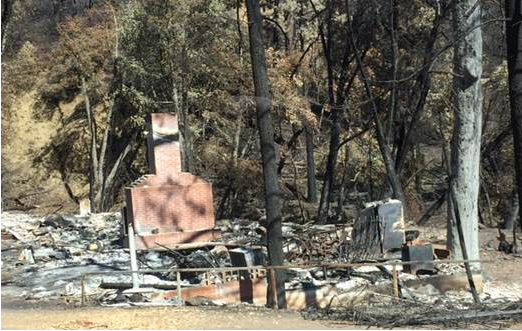 "This was an absolutely devastating fire that took the lives of four people,  turned 1,958 homes and other structures into ash and rubble, and damaged another 93 places where people lived, worked and played," said California Statewide Law Enforcement Association (CSLEA) President Alan Barcelona. 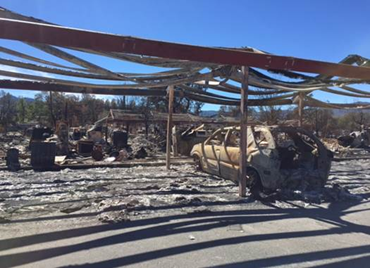 Life, as Middletown and other residents from surrounding communities knew it, was put on hold.  Residents were evacuated, schools and business were shut down.

Now, weeks later, it is time to find homes for those who have lost them, offices for those who must return to work and classroom for students who have probably learned more life lessons in three weeks than many learn in a lifetime.

"When I heard on the news that the kids at Cobb Mountain Elementary were back in class, only at a school that wasn't theirs because their school was damaged by smoke and heat, I contacted Principal David Leonard and told him our association, California Alcoholic Beverage Control Agents (CABCA), would like to help," said CSLEA Member and CABCA Secretary Amanda Martinez.  "David informed me that the school would love as many personal-size dry erase boards for the students as our budget could buy."

The next morning, Martinez went to four stores and bought out their inventory of personal size dry erase boards. With CABCA's donation, Shaver purchased 45 dry erase boards and 10 packs of dry erase markers and  delivered them to Cobb Elementary. 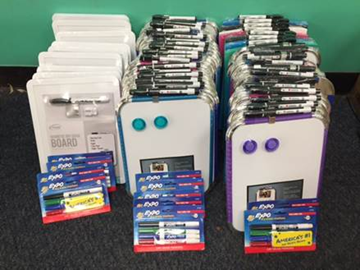 "David was thankful that CABCA had thought of his students," said Martinez.  "One of the kids helped me unload my car and it was so nice to see his smile and positive attitude despite all the heartbreak in town."

"We have been through quite a tragic experience," said Leonard.  "We have supplies at our school but not at our current satellite campus, any supplies not covered in soot, is helpful."

Leonard estimates it will be one to two months before his students can return to their own campus, but felt it necessary to get students back on track.  "That's how the healing begins," he said.  "We had no resources, we had no curriculum and groups like CABCA have helped." 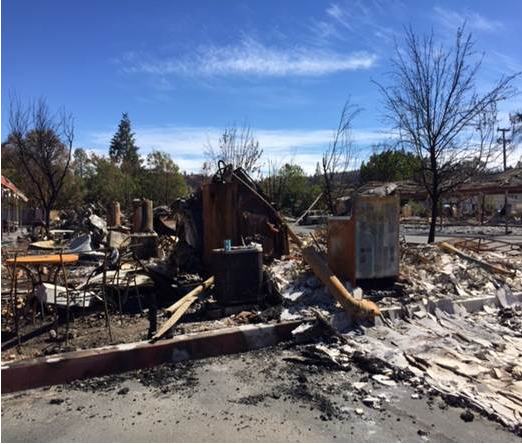 "We see a lot of destruction and heartbreak in our jobs as alcoholic beverage control agents," said CABCA President Kevin Highbaugh.  "To have the means to put a smile on the faces of young students who have been through so much is worth every penny.  We can't erase the tragedy of the Valley fire with 45 dry erase boards, but we can let these elementary students know we care.  A big part of our jobs is caring about young people, keeping them out of harm's way.  I'm happy we could help."

Our thansk to Amanda Martinez for contributing this story and for photographs.