DMV Clerk and Five Others Charged in Identity Theft Scheme 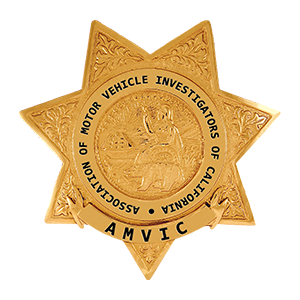 "Aiding people in assuming someone else's identity and aiding them in  passing tests that they either failed or didn't take at all, is a crime against all of us, it puts our safety and security at risk." - Kenny Ehrman, AMVIC President

SANTA ANA - California Department of Motor Vehicles (DMV)  investigators are part of a three-year and on-going investigation that has led to the indictment of a DMV clerk and five other people on federal identity theft charges.  Those indicted are accused of using legitimate birth certificates and Social Security numbers obtained from Puerto Rico to create new identities that were sold to people willing to pay thousands of dollars for fraudulent identity documents.

DMV clerk Tracey Lynette Jones, 33, of Long Beach, surrendered to federal authorities on October 19, 2015 , was arraigned the same day  and entered a not guilty plea.  She was released on a $25,000 bond and was ordered to stand trial on November 24, 2015

The indictment charges all six defendants with conspiring to produce identification documents. Several of the defendants, including Jones, are charged with various identity theft offenses.

“This identity theft scheme was particularly insidious because it both victimized the individuals whose identities were stolen and required the active participation of a government official. The fact that a DMV official abused her position of authority in committing this crime is egregious since such conduct can undermine the public’s confidence in a government institution entrusted with our personal information,” said United States Attorney Eileen M. Decker

The sixth defendant charged in the case, Jorge “Diablo” Perez, aka Pedro Josue Figueroa-Marquez, 33, originally from Mexico, remains at large and is being sought by authorities.

The case revealed many of the ring’s customers were previously deported felons. Federal prosecutors have filed charges against three people believed to be customers of the identity theft ring, and authorities are seeking to take those individuals into custody.

“Providing false identities to deported felons is nothing short of appalling," said Association of Motor Vehicle Investigators of California (AMVIC) President Kenny Ehrman.  "We have a lot of honest, hardworking employees at the Department, but those who commit criminal acts will be investigated, arrested and prosecuted.  This scheme threatened the security of every Californian and every person living in this country. "

According to an affidavit in support of criminal complaints, Montero met with an HSI undercover special agent posing as prospective client.  After the undercover investigator indicated he wanted to purchase identity documents, Montero led him to his garage where he pulled out a Puerto Rican birth certificate and matching Social Security card which were concealed inside a boxing glove.

After obtaining identity documents for buyers, the defendants, for an additional fee, allegedly helped their clients use the documents to apply for California driver’s licenses or California identification cards under the assumed identities. The indictment alleges defendant Jones altered records in the DMV’s electronic databases to make it appear the applicants had passed required exams to obtain a driver’s license when, in fact, they had not.

If convicted in the identity theft conspiracy, the six defendants named in the indictment would face a statutory maximum penalty of 15 years in federal prison.