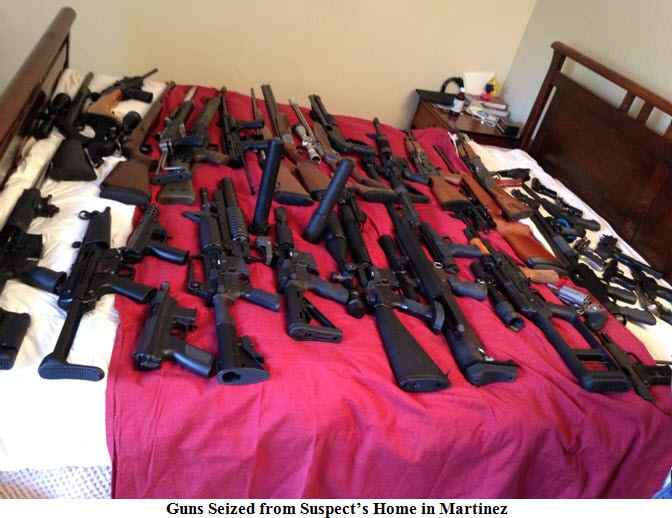 The arrest and seizure of weapons followed an undercover investigation into complaints that someone was making and selling distilled spirits (run and whiskey) illegally at a storefront in Concord.  Agents discovered two illegal stills at the  storefront along with more than 200 gallons of illegal distilled spirits and more than  500 cases of illegally produced wine. The investigation then led agents to the suspect's home in Martinez where the weapons were discovered.

"Like all law enforcement officers, ABC agents put their personal safety at risk when they don their uniforms and/or go undercover," said California Statewide Law Enforcement Association (CSLEA) President Alan Barcelona.   "This investigation and the serving of search warrants, particularly out a house filled with weapons,  put the agents and assisting  law enforcement officers in harm's way."

The suspect, Sterling Hartwell Albert, 53,  was arrested at his business for felony possession of a still and selling alcoholic beverages without a license (misdemeanor). Additional felony charges were added for possessing the illegal and unregistered firearms.

At the residence, ABC found multiple illegal firearms including a grenade launcher, fully-automatic assault rifles and silencers. The firearms were seized and turned over to the California Department of Justice Bureau of Firearms Task Force. 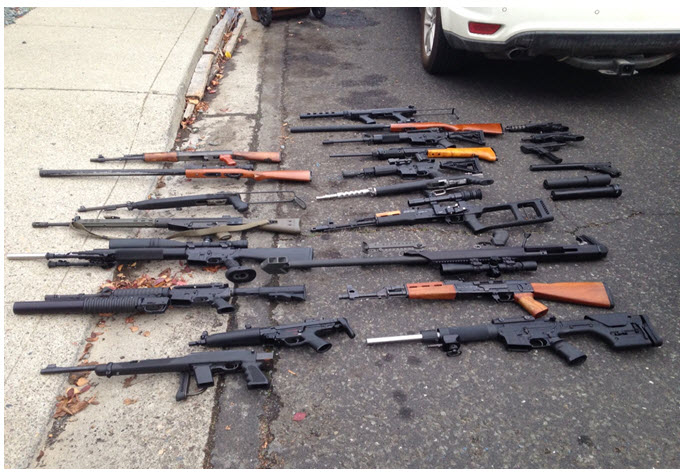 "We as law enforcement officers know all too well how an investigation into one matter can lead to another," said CSLEA Director and California Alcoholic Beverage Control Agents (CABCA) President Kevin Highbaugh.  "I am proud of the agent and officers who worked this case and I am grateful that these unregistered weapons have been seized."

The possession of unregistered stills and the production of distilled spirits without a federal permit and without payment of tax are federal felony offenses which may result in the seizure and forfeiture of land and other property associated with the illegal activity. Illegal stills are potentially explosive and can pose a significant threat to public safety. A distilled spirit made illegally may also not be safe to consume. The following agencies assisted ABC with the service of the warrants: Contra Costa County District Attorney’s Office, Contra Costa County Sheriff’s Office, Contra Costa County Hazardous Materials Team, the federal Alcohol and Tobacco Tax and Trade Bureau, and the California Department of Justice Bureau of Firearms Task Force.