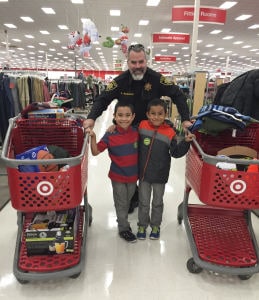 ROSEVILLE -  There is no mistaking the smiles of children whose holiday season has just grown brighter thanks to an exciting excursion with law enforcement officers to shop for Christmas.

Those six kids were part of a large group of children who gathered at the Roseville Police Activities League very early Saturday morning, December 12, 2015 to caravan in style to a nearby Target store.

"The kids got into the marked patrol cars of agencies who sponsored them and we had a parade of flashing lights all the way.  Rudolf had nothing on us that morning," said Highbaugh. 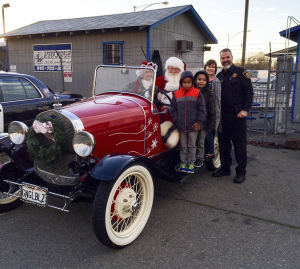 "Shop with a Cop" recognizes children who are outstanding in their community.  They are chosen based on their academic effort, crime-free lifestyle, positive attitude and financial need.  They are paired with law enforcement officers and staff and given the exciting chance to shop for clothes, personal necessities and gifts for themselves and their families.  The children chosen were nominated by their school, law enforcement officers or other community members.

"I don't know who had more fun, the kids or the officers who escorted them," said Highbaugh. "This is just a phenomenal program and I am honored that I was given the opportunity to be a part of it. 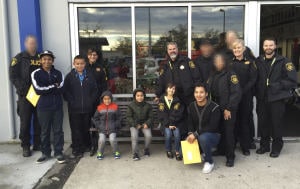 "While they will tell you there is no thanks needed, I want to acknowledge  CSLEA Director and CABCA President Kevin Highbaugh and our valued CSLEA members who work beside him as ABC agents and took part in this event," said CSLEA President Alan Barcelona.  "ABC agents work a lot of nights and weekends and for them to volunteer much of their Saturday for these children is truly a wonderful thing to do.   My heartfelt thanks to each of them, and to all of the participating officers,  for contributing to the happiness of the children in our community."