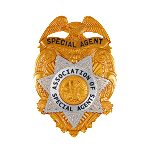 The sweep targeted individuals in the Armed Prohibited Persons System (APPS), people who are legally barred from possessing firearms because they are convicted felons, or  have been  determined to be mentally unstable, or have an active restraining order against them.

In addition to the 83 firearms, special agents and deputies seized 6,326 rounds of ammunition and 52 ammunition magazines. 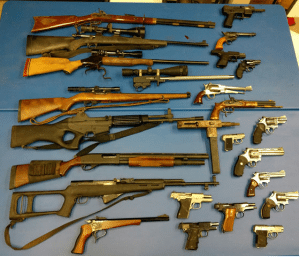 "Removing these firearms and ammunition from those who, by law, cannot be in possession of them, is dangerous work and can only contribute to the safety of the citizens of California," said California Statewide Law Enforcement Association (CSLEA) President and DOJ Special Agent Alan Barcelona.  "Eighty-three firearms and 6,326 rounds of ammunition in the wrong hands until DOJ special agents and Santa Barbara County Sheriff's deputies seized them.  That's a job well done."

This operation, as well as ongoing and day-to-day investigations, reduced the number of individuals in APPS to a historic low. During the past 30 months, the Bureau of Firearms has conducted over 18,608 APPS cases, and has taken 335 assault weapons, 4,549 handguns, 4,848 long-guns, and 43,246 rounds of ammunition off the streets from those who illegally possessed them.

“Removing firearms from dangerous and violent individuals makes our communities safer,” said Attorney General Kamala Harris. “I thank our Department of Justice Bureau of Firearms Special Agents and the Santa Barbara Sheriff’s Department for taking on this dangerous work and their steadfast commitment to keeping our streets safe.”

The APPS sweep, which began on February 9, was completed over two days and closed 79 cases.

In November 2015, California Department of Justice special agents and Sacramento County Sheriff’s deputies  conducted a joint APPS operation, resulting in the seizure of 82 firearms, and 10 arrests.

California is the first and only state in the nation to establish an automated system for tracking handgun and assault weapon owners who might fall into a prohibited status.