Backpage.com Arrests for Profiting from Prostitution 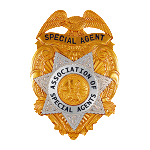 SACRAMENTO -- On October 6, 2016, Attorney General Kamala D. Harris announced the arrest of Carl Ferrer, the Chief Executive Officer of the online advertising website Backpage.com, on felony charges of pimping a minor, pimping, and conspiracy to commit pimping.  Michael Lacey and James Larkin, controlling shareholders of Backpage, have also been criminally charged with conspiracy to commit pimping, a felony.  Backpage hosts ads for “escort services”, essentially operating as an online brothel and generating millions of dollars off the illegal sex trade, according to the Attorney General's press release.

“Raking in millions of dollars from the trafficking and exploitation of vulnerable victims is outrageous, despicable and illegal,” said Attorney General Harris.  “Backpage and its executives purposefully and unlawfully designed Backpage to be the world’s top online brothel. Thank you to the California Department of Justice special agents, investigators, attorneys, and our partners in law enforcement who have worked tirelessly to bring the operators of this online brothel to justice and protect thousands of victims of trafficking.”

The arrest warrant alleges that the vast majority of Backpage’s revenue is generated through prostitution-related ads in its “adult services” section.  Backpage collects fees from users who post “escort” ads, offering sex for money using coded language and nearly nude photos. The California Department of Justice’s investigation found that many of the ads for prostitution services involved victims of sex trafficking, including children under the age of 18.

"It is my hope that this investigation, the arrest, the charges and the prosecution to follow will send a very loud, clear message to those who engage in human trafficking," said California Statewide Law Enforcement Association (CSLEA) President  Alan Barcelona.   "It is rampant in this state, in this country and throughout the world.  This is not a victimless crime."

In addition to making millions of dollars off the sale of “adult” ads on Backpage, the arrest warrant alleges that Ferrer devised a way to promote Backpage by creating other prostitution-related sites that essentially serve as an escort directory comprised entirely of Backpage users.  Ferrer took data from Backpage users and created content for Backpage-affiliated sites like EvilEmpire.com and BigCity.com. The investigation found that Evilempire.com featured photos and contact information from Backpage and offered no apparent way for users to submit content directly.  These schemes enabled Ferrer and his co-conspirators to expand Backpage’s share of the online sex advertising market.

The California Department of Justice conducted a three-year investigation, including undercover operations posting “escort” ads and arranging meetings with people who had advertised in the “escort” section, confirming that commercial sex was the only purpose for both buyers and sellers. The investigation was sparked by reports from media, law enforcement agencies, and the National Center for Missing and Exploited Children (NCMEC). In the last five years, NCMEC has reported an over 800% increase in reports of suspected child sex trafficking, much of it the result of online child sex trafficking. Since 2012, the NCMEC has reported 2,900 instances to California law enforcement where suspected child sex trafficking occurred via Backpage.