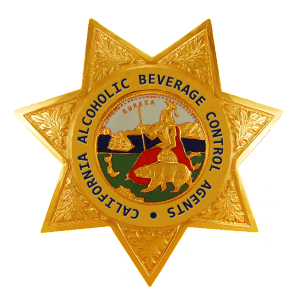 GOLETA- As part of a statewide effort to combat underage drinking, a California Alcoholic Beverage Control (ABC) agent worked with the Santa Barbara County Sheriff’s Office to conduct “Shoulder Tap” and “Minor Decoy” operations on Friday, November 4 and Saturday, November 5, 2016.  During the two-day operation, underage decoys, working under the direct supervision of sheriff’s deputies and the ABC agent, visited 14 locations throughout Isla Vista and the City of Goleta.

During the shoulder tap operation, decoys stood outside convenience and liquor stores and asked patrons to buy them alcohol.  The minors made it clear that they were underage and could not purchase the alcohol by themselves.  Five of the adults they asked agreed purchased alcohol for the minors.

The decoys also entered businesses and attempt to purchase alcohol from the clerks.  Three of the businesses that were visited ultimately sold alcohol to the underage decoys.  Each of the clerks were cited for furnishing alcohol to a minor.  Additionally, these businesses will be subject to further ABC administrative measures.

The law enforcement officers also conducted inspections at five businesses in Isla Vista.  The purpose of the inspections was to ensure that these establishments were complying with the terms and conditions of their liquor licenses.  One of the businesses was issued a misdemeanor citation for being in possession of liquor that was prohibited by the terms of their license.

The Santa Barbara County Sheriff’s Office uses grant funding from ABC to battle alcohol-related crime in the Isla Vista and Goleta areas which tend to have a higher percentage of these types of incidents.  In addition to conducting operations such as this one, the grant funding is also utilized to educate both on-sale and off-sale establishments with the importance of operating within the restrictions of their ABC licenses.