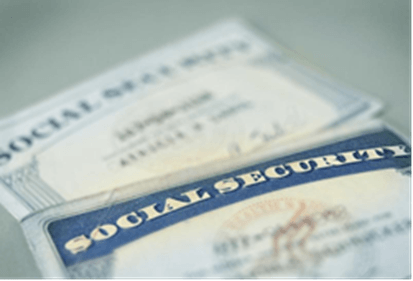 FRESNO— On November 28, 2016, Francisco Javier Hidalgo-Flores, 25, of Fresno, was sentenced to 15 months in prison for conspiracy to produce and sell false identification documents.    Co-defendant Lizet Amairani Ramirez-Zazueta, 26, also of Fresno, was sentenced to time served for selling false identification documents. Both defendants have been in custody since their arrest on June 16, 2016.  Both pleaded guilty to the charges in September.

“Producing and selling fraudulent government identification documents puts all of our personal and financial security at risk, not to mention national security,” said California Statewide Law Enforcement Association (CSLEA) President Alan Barcelona.  “California Department of Motor Vehicle investigators are guardians of our driver licenses and California identification cards.  They know the danger involved when identities are stolen or when people obtain fake documents.”

On June 16, 2016, Hidalgo-Flores and Ramirez-Zazueta were arrested along with four other co-defendants for the scheme. Co-defendant Veronica Rosales-Capitaine is scheduled to be sentenced on December 19, 2016; charges are pending against the remaining co-defendants.

This case was the product of an investigation by the U.S. Immigration and Customs Enforcement’s (ICE) Homeland Security Investigations (HSI) and the California Department of Motor Vehicles, Investigations Division.