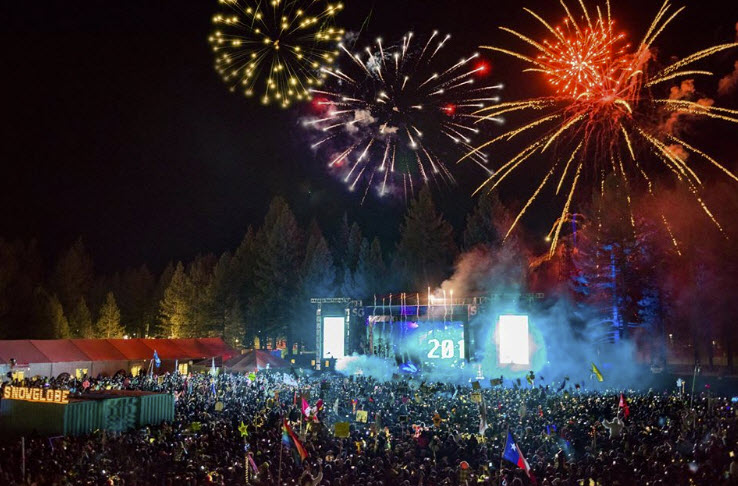 “ABC agents from Sacramento spend the New Year’s holiday and surrounding days at the SnowGlobe event because it attracts an under-21 crowd and alcohol is often present,” said California Alcoholic Beverage Control Agents (CABCA) President Kevin Highbaugh.  “I have been at this event more than once and can tell you, by citing these underage drinkers and in some cases, sending them home with a parent, depending upon their age, we are making a positive impact in keeping citizens and visitors safe.”

In 2013, a 19-year-old who was under the influence of alcohol and /or drugs walked away from the festival and was found dead in the snow the next morning.

“We want to protect young people, and those around them, from harm that can come from underage drinking,” said Highbaugh.

At this year’s SnowGlobe event, agents and officers cited and/or arrested 148 underage drinkers, most of those arrests were on New Year’s Eve.  They also arrested or cited people for trespassing, open containers, fake identifications, possession of drugs, being drunk in public and furnishing or selling alcohol to someone under 21.

South Lake Tahoe is a draw for tens-of-thousands of visitors during the New Year’s holiday because of venues such as SnowGlobe and attractions at casinos in Stateline.

“We are more than happy to jump in and help our brothers and sisters in law enforcement when they need additional boots on the ground,” said Highbaugh.  “While our main focus at these types of events are ABC laws, we are law enforcement agents who can, and do,  help out in any law enforcement capacity.”