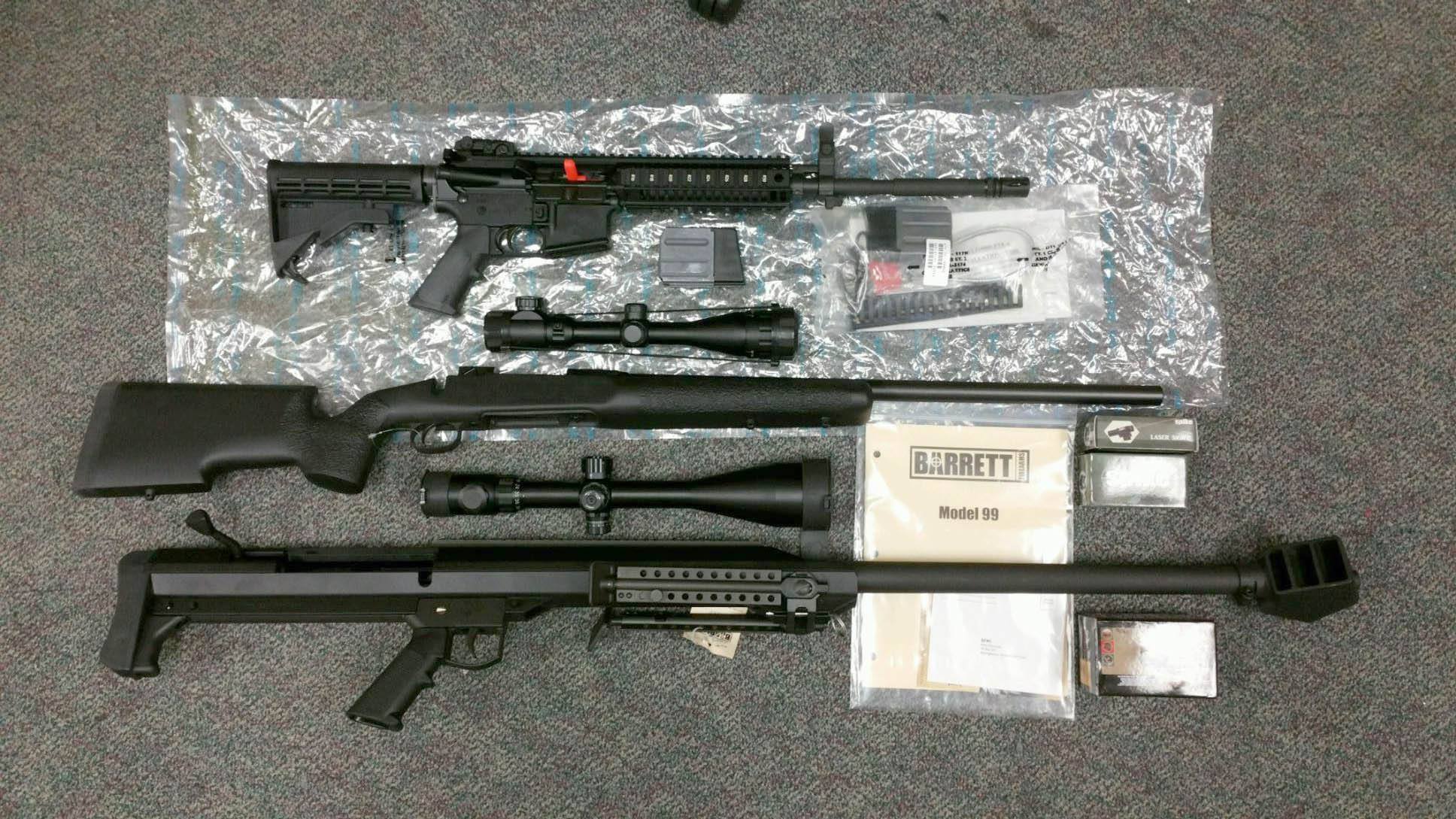 Upon executing a search warrant at the home, CASE team members recovered a .416 Barrett rifle, .308 rifle, and a .223 Colt M4 semi-automatic rifle.

Arrested were Mitchell Coelho, 34, and Mehgan Coelho, 32. They were booked on felon in possession of a firearm, illegal transfer of a firearm, and child endangerment charges.

“One of the best ways to target illegal firearms and gun violence is to pool intelligence and resources among law enforcement agencies,” said California Statewide Law Enforcement Association (CSLEA) President Alan Barcelona.  “California Department of Justice special agents routinely assist local law enforcement officers with their cases involving drugs, gangs, illegal weapons and human trafficking.  Any law enforcement personnel involved in this type of investigation is in harm’s way.  I am grateful this investigation resulted in the arrest of suspects and no one was hurt.”

CASE was created in November 2011 as a collaborative effort to reduce violent crimes in Contra Costa, especially those related to illegal firearms.