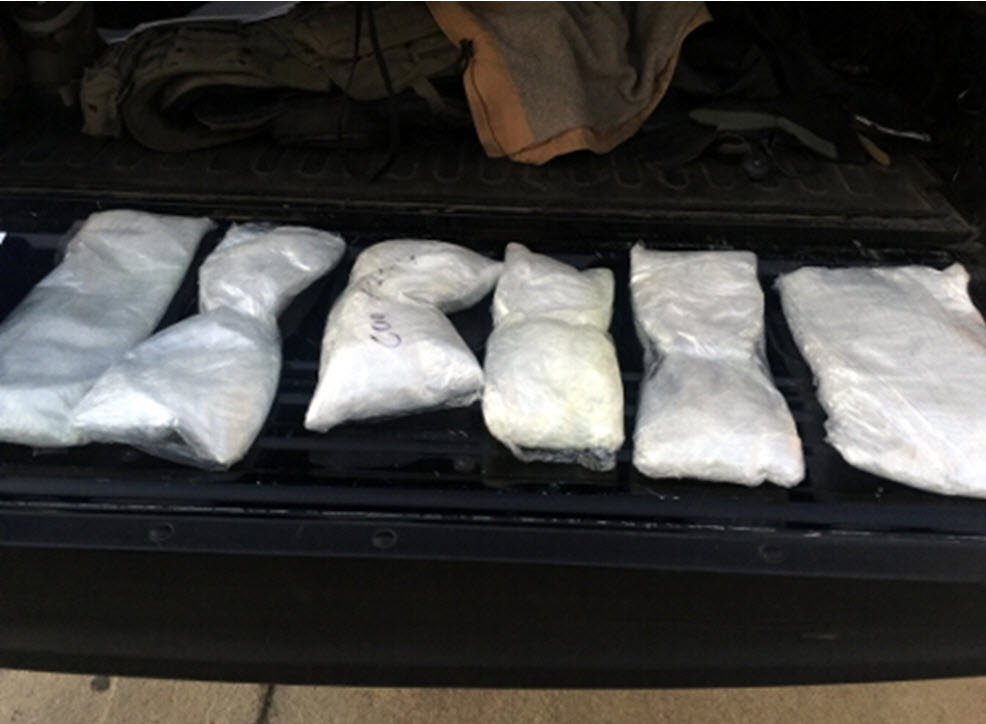 The arrests took place after undercover agents arranged to purchase eight pounds of methamphetamine from a person in the city of Tulare.  They met with two suspects who have not yet been publicly identified and arrested them, while seizing the drugs.

Agents then traveled to Bakersfield and met with another person who was involved with the arrested suspects.  Agents contacted that person, arrested the suspect and seized another eight pounds of methamphetamine.

The total street value of the 16lbs of meth is approximately $45,000.   The names of the suspects are not being released as the investigation is on-going.

“This type of undercover work is extremely dangerous,” said California Statewide Law Enforcement Association (CSLEA) President Alan Barcelona.  “I can only imagine the gratitude the citizens of these communities have for these agents after seizing these large amounts of methamphetamine and removing three suspected drug dealers from their neighborhoods.”