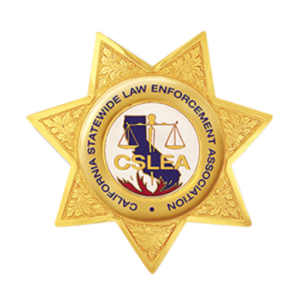 “It is wonderful to see our new AG already in tune with the needs of our members and taking the time to personally speak, on-the-record, about the pay disparities that our criminalist and special agent- CSLEA members are experiencing” said California Statewide Law Enforcement Association President Alan Barcelona.  “AG Becerra is seeking budget authority to improve the pay of DOJ criminalists and special agents in order to compete with the loss of bodies and competitiveness by local and county agencies.”

Shirley Weber, the chair of the Assembly Budget Subcommittee 5 on Public Safety, noted the unique nature of the appearance of a sitting Attorney General before a legislative budget committee. AG Becerra’s testimony before the committee demonstrated his personal commitment to advance the mission of his office.

AG Becerra articulated the difficulties he would have under the proposed budget in carrying out the various priorities with which he has been tasked. The draft budget includes a proposed $5 million general fund reduction and a number of programs which have been authorized via legislation, that have not been accompanied with a funding mechanism to carry out their mandates.

Additionally, Becerra pointed out that several employment classifications, specifically deputy attorney generals, criminalists and peace officers are, unfortunately, still underpaid when compared to what local agencies pay. The bar is constantly raised and California must rise to the challenge to meet market demands.  The constant trying to catch up and market inequity has resulted in an inability to recruit and retain “the best and the brightest” said Becerra. He noted that in a salary study provided by the California Association of Criminalists, DOJ criminalists were the 18th lowest paid of the 19 agencies in the State of California that were surveyed.  Becerra also stated that DOJ peace officers were paid approximately 20% less than what officers at local agencies are paid. He noted the inequities adversely affect morale which is a significant problem given the important work that these employees are expected to perform.

In early March 2017, CSLEA President Alan Barcelona and Chief Counsel Kasey Clark met with the AG and his chief-of-staff and on April 10, 2017, Barcelona and Clark, along with ASA-DOJ President Al Cardwood and AC-DOJ President John Miller, met with Becerra’s Chief-of-Operations Amanda Renteria to address the problems with recruitment and retention. Prior to the April 17th legislative budget committee hearing, CSLEA Legislative Advocate Shane Lavigne briefed several of the budget committee members on the subject matter.

“Given how well-respected Becerra is by the governor, the legislature and leaders around the state, there should be an opportunity to help improve recruitment and retention and increase our members’ salaries so that they keep pace with their colleagues who work at the local level,” said CSLEA President Barcelona.