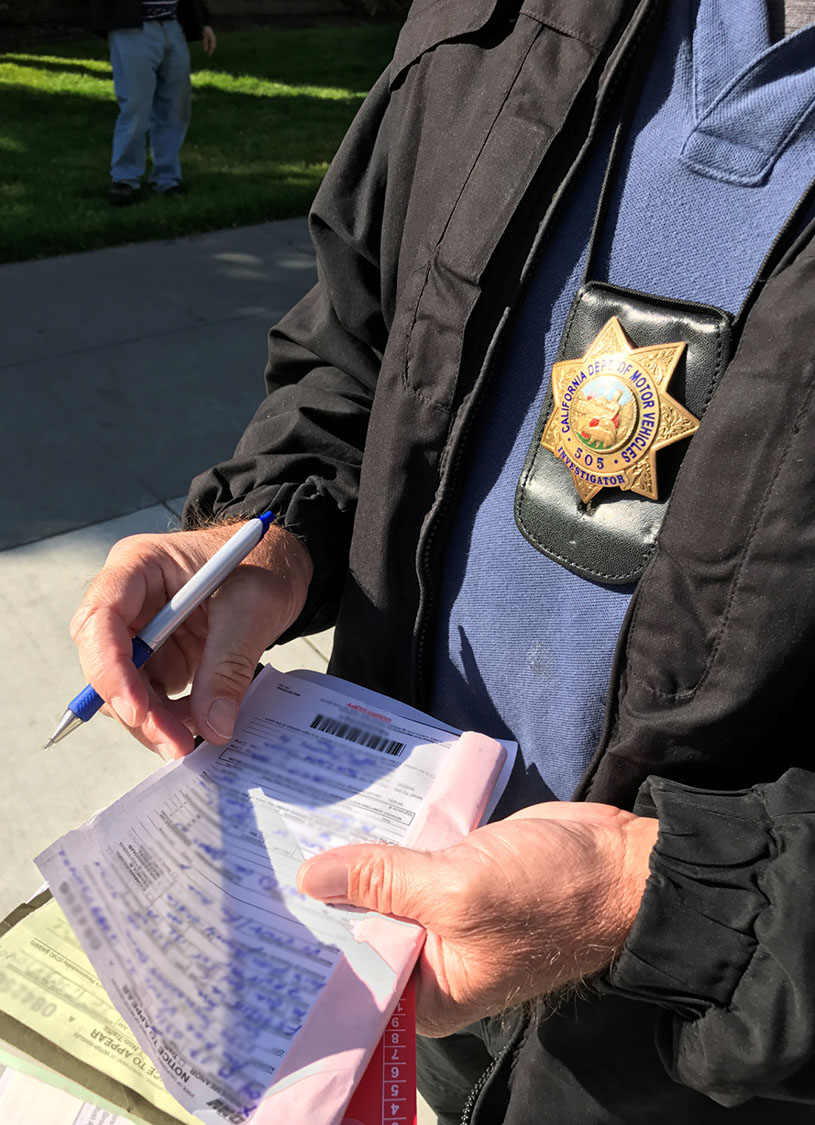 SAN JOSE – On April 19, 2017, investigators with the California Department of Motor Vehicles (DMV) carried out an enforcement operation aimed at curbing Disabled Person Parking Placard (DPPP) abuse in downtown San Jose, near City Hall. Of the 60 people investigators found displaying a DPPP, eight of them were doing so fraudulently and were issued misdemeanor citations.

“For every person who abuses the use of a DPPP, there is a person truly in need of that parking space,” said Kenny Ehrman, president of the Association Motor Vehicle Investigators of California (AMVIC).  “In addition, some people who are using a DPPP that is not issued to them, are using it to park at a metered spot for hours on end, and for free.”

Those cited face possible fines that range from $250 to $1,000, depending on the jurisdiction.  While the misdemeanor offense will appear on their driver record, no points will be assessed because it is not a moving violation.

DMV investigators held similar operations in Glendale on April 11th and in San Diego on April 18th.   Also in April, DMV investigators cited 84 individuals for DPPP misuse during the first weekend of Coachella in Indio. Investigators conduct DPPP enforcement operations year-round, but invited the media this month in an effort to educate the public.