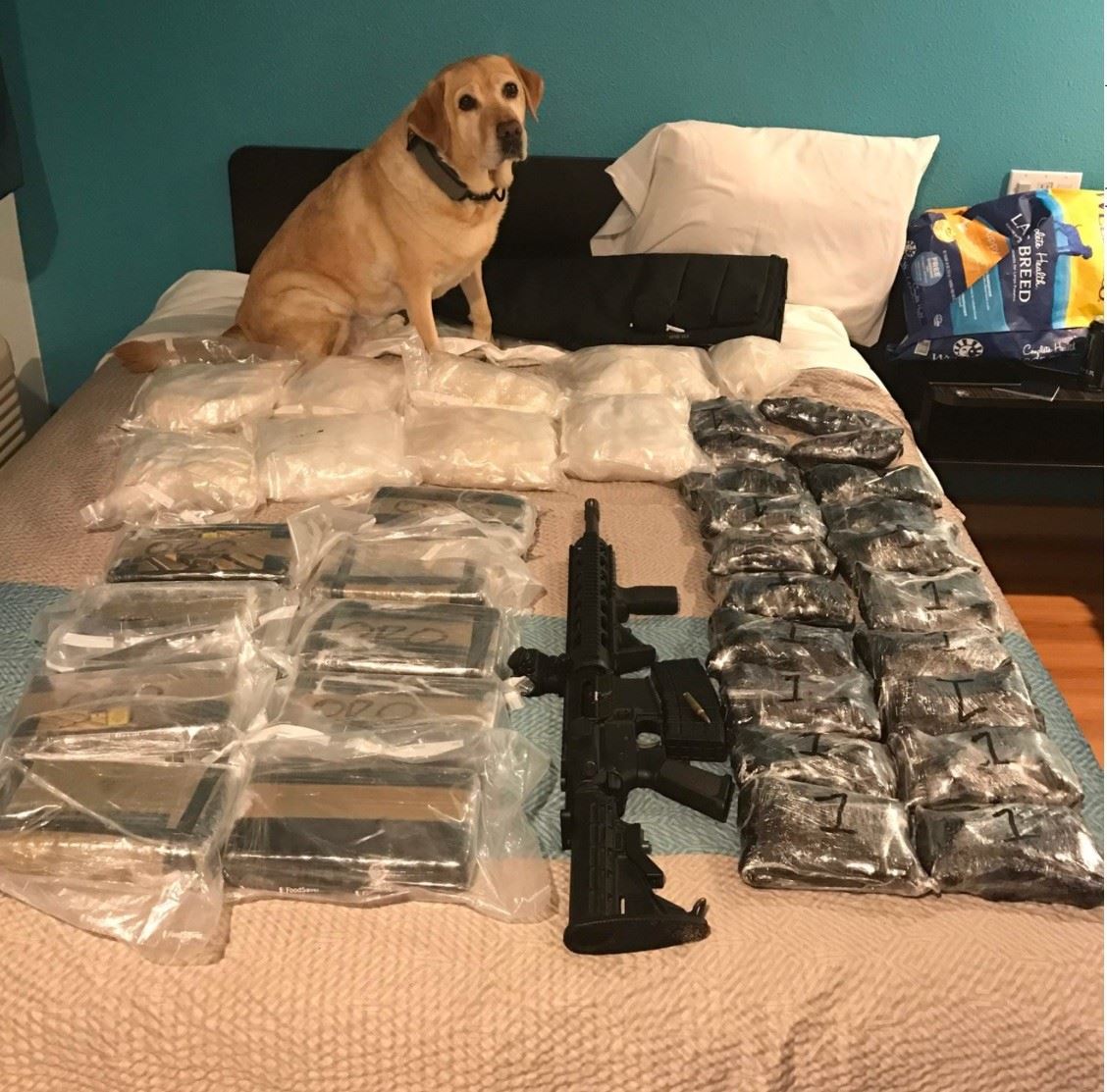 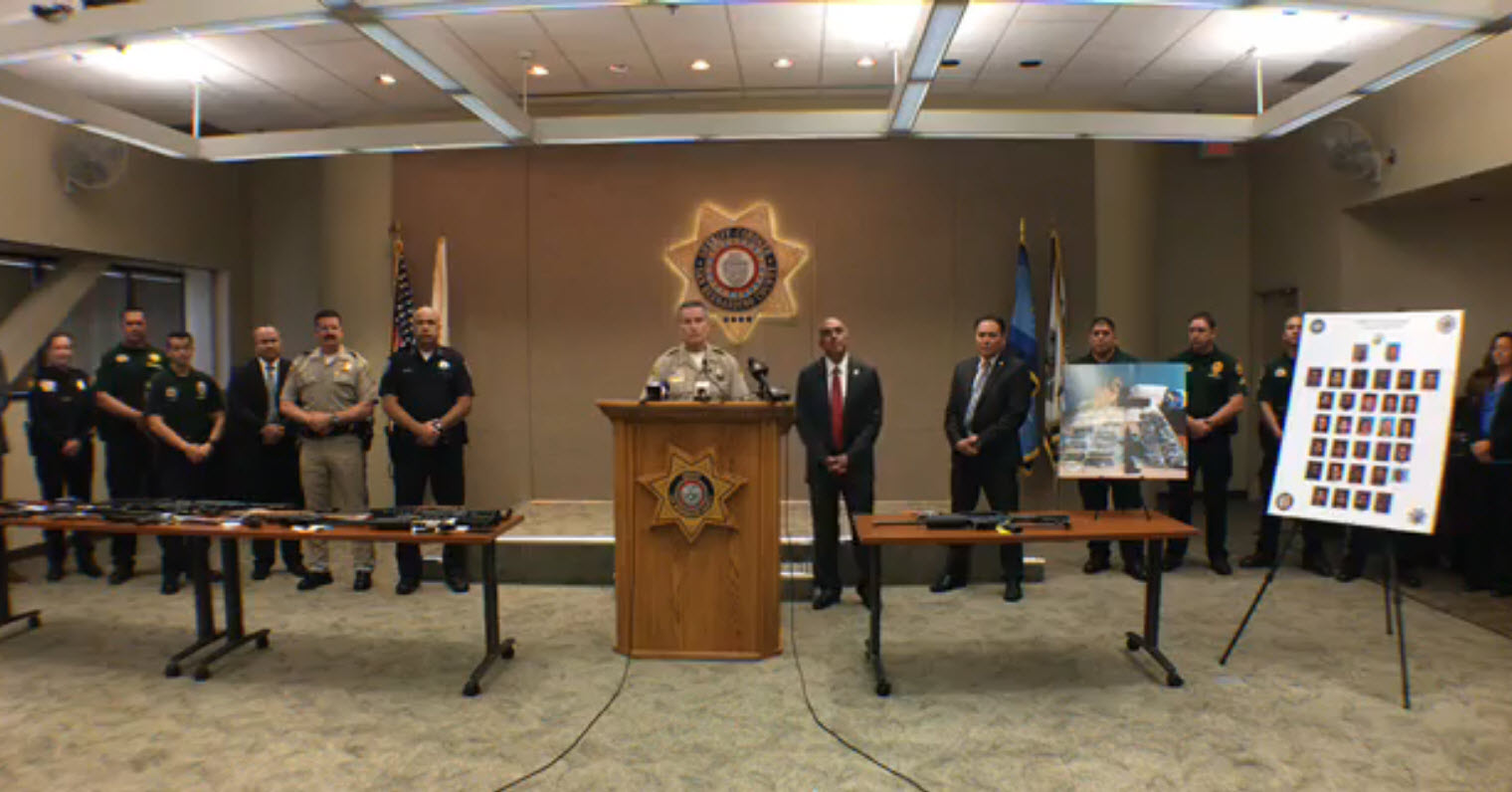 The teams of law enforcement officers arrested 86 suspects and seized 43 firearms, 4,875 rounds of ammunition, 112 pounds of methamphetamine, 22 pounds of cocaine, 4.7 pounds of heroin, 402 pounds of marijuana, $29,600 in U.S. currency, and four stolen vehicles.  The investigation focused on the takedown of suspected gang members connected to criminal activity in the City of San Bernardino and in surrounding San Bernardino County communities. Out of the 86 arrests, 48 individuals were validated gang members belonging to the Sureño gang – one of the most violent gangs in San Bernardino County.

“I refuse to allow gang violence to terrorize our communities,” said Attorney General Becerra. “The San Bernardino community is safer today thanks to the hard work and coordination among law enforcement agencies. These arrests send a strong message to the individuals who believe they are above the law: you will be held accountable.”

Those arrested face charges associated with conspiracy to commit robbery and/or kidnapping, and for conspiracies related to firearms and narcotic violations.

“I am thankful the special agents, and their partners in this investigation, investigated and arrested these suspected dangerous individuals with no harm to themselves,” said California Statewide Law Enforcement Association (CSLEA) President Alan Barcelona.  “Their jobs are dangerous and we rely on them to go up against some of the fiercest criminals in order to provide safety and stability to our communities." 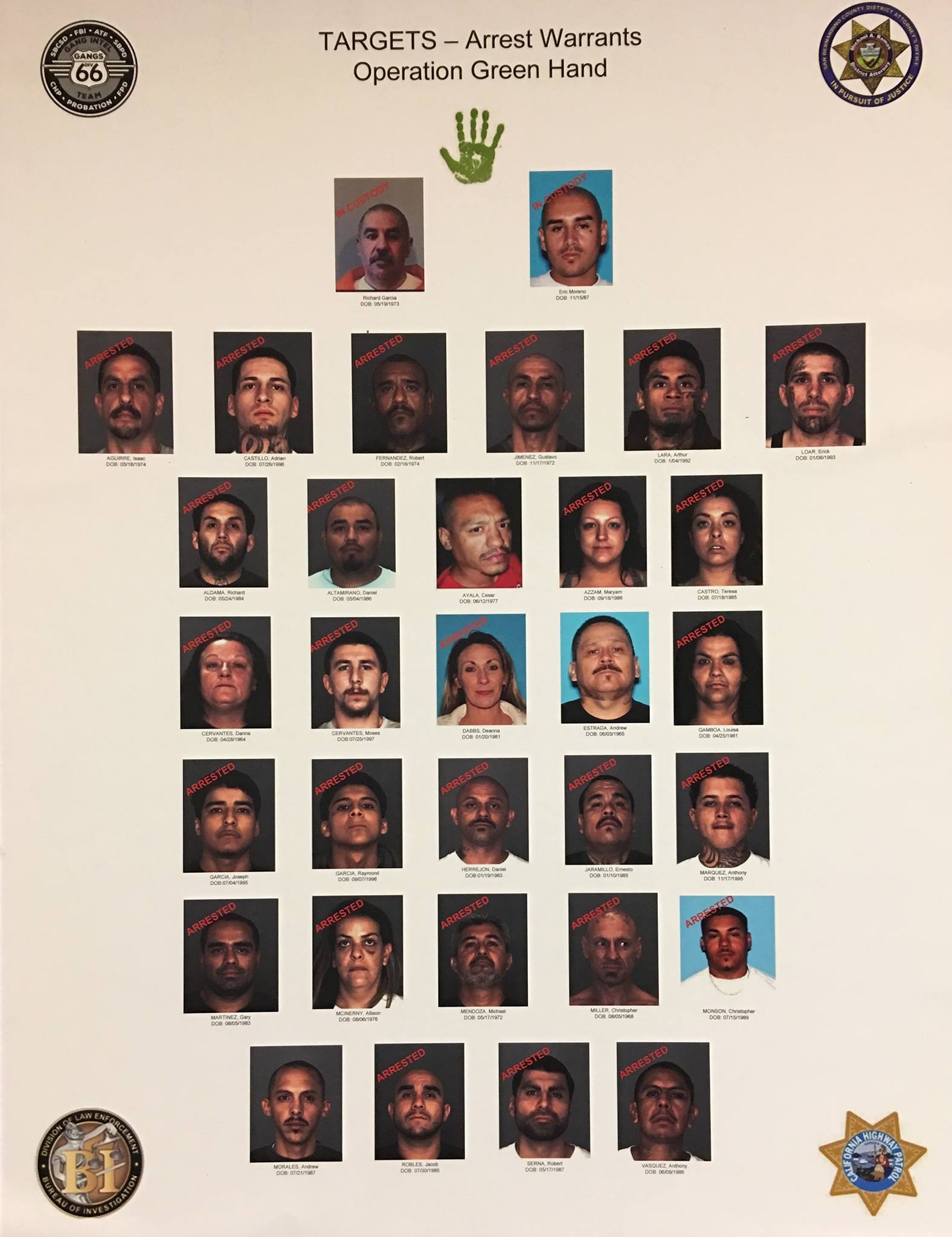 "These gangs recruit kids from our neighborhoods, schools and our communities. They sell drugs, illegal weapons and commit murders to further their criminal organization and instill fear in the community,” said San Bernardino County Sheriff John McMahon. “I value our partnerships with our local, state and federal agencies to rid our society of these criminals."

In 2014, the California Statewide Law Enforcement Association, along with the Office of the Attorney General, worked successfully with the Legislature and Governor Brown’s administration to secure $9.4 million for California DOJ Bureau of Investigation’s SOU teams. These unique and essential teams use the latest technology and advanced investigative techniques and work alongside local law enforcement to enhance investigations into violent criminals and organized crime throughout the state.