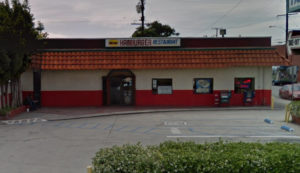 Agents began their investigation after receiving complaints from the community.  ABC worked closely with the Bell Gardens Police Department during the investigation which included undercover purchases of illegal drugs.

The two arrested were Jose Torres Rodriquez, 39 and Bonaficio Palomares Vega 55, both of Bell Gardens.  The pair was arrested at the restaurant where agents seized 29 bindles of methamphetamine (30 grams) and $183 in cash. Both suspects were arrested for both drug possession and possession for sales.

Agents also served a search warrant at one of the suspect’s home and seized an additional two pounds of methamphetamine and $13,000 in cash.

In addition to the two suspects taken into custody, law enforcement has an arrest warrant for a third suspect.

Besides the criminal charges, ABC may pursue administrative disciplinary action against the restaurant. Penalties can range from fines and suspensions to a revocation of the license.

“Undercover drug investigations can be dangerous operations, but when communities ask for assistance with an ABC licensed business, agents step up,” said California Statewide Law Enforcement Association (CSLEA) President Alan Barcelona.  “I’m grateful no one was hurt, and I imagine the community is thankful that ABC agents put a dent in drug sales and the crimes associated with sale and use of illegal drugs.”