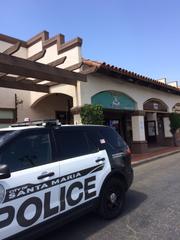 On August 17, 2017, agents posted a Notice-of-Suspension at Waves Café in San Jose after ABC agents discovered illegal gambling devices on the premises, along with the possession of distilled spirits without the proper license.  ABC, FBI, and DEA agents served a search warrant and seized six freestanding gambling devices and the distilled spirits.  The suspension is indefinite.

Also on August 17, 2017, ABC agents posted a 15-day Notice of Suspension at La Estrella Liquor & Deli in Salinas.  ABC agents discovered and seized a freestanding gambling device on the premises.

And on September 1, 2017, ABC agents and Santa Maria Police Department Community Services Unit officers concluded a two-week long investigation regarding an illegal gambling machine at the Tacos El Tizon Restaurant.  Agents and officers seized the machine.  The business could now face a suspension of its liquor license.

“ABC agents do a great job of protecting the quality of life in neighborhoods and communities where businesses can serve and/or sell alcoholic beverages,” said California Statewide Law Enforcement Association (CSLEA) President Alan Barcelona.  “These establishments must follow the letter of the law.  By not doing so, they attract the wrong types of customers and trouble, noise and nuisance often become an issue.   My thanks to ABC agents who often work nights, weekends and holidays to investigate establishments that may be violating the law.”