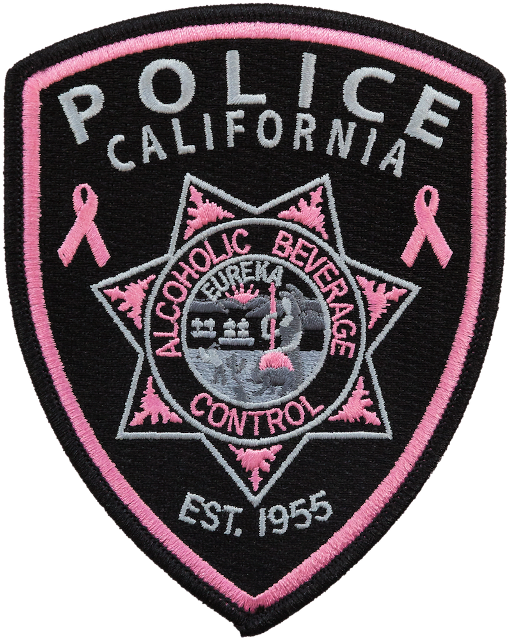 The Pink Patch Project is a national movement to raise awareness and money to help in the fight against breast cancer.

“This is a great way for all of us to show we care and that we are willing to take the extra steps to raise and donate money to help in the fight against a cancer that affects the women we care about,” said CABCA President Kevin Highbaugh.  “Our moms, our wives, our sisters, our daughters, our aunts, our nieces – who wouldn’t want to help out?”

CABCA purchased the patches and ABC has agreed that, during the month of October, agents may wear the patches under their tactical vests and sell the patches to agents and non-sworn personnel in the department.

“We are very excited to partner with the Pink Patch Project,” said CABCA Vice President Jeff McKay.  “October is Breast Cancer Awareness Month and we are going to do our part to show we care, we want to help, and we want to raise awareness.”

ABC personnel interested in purchasing a pink patch for $10.00 each, should contact Agent Jeff McKay at Jeff.McKay@ABC.ca.gov.  Those purchasing an ABC pink patch are invited to send photos of themselves wearing the pink patch to  tcox@cslea.com for possible use on CSLEA website and social media.

Proceeds from CABCA’s partnership with the Pink Patch Project will go to Pink Heals Inc.