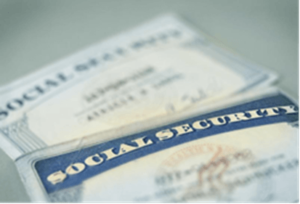 FRESNO — A Fresno woman accused of working with five others to sell fraudulent social security cards and alien registration receipt cards for as much as $150 a set has pleaded guilty to the charges against her.   On October 16, 2017, Maria Victoria Perez-Vasquez, 32, pleaded guilty to conspiring to transfer, possess, and sell false identification documents.

On June 16, 2016, Perez-Vasquez and the five others were arrested for the scheme that took place between June 2015 and June 2016.  Prior to Perez-Vasquez’s guilty plea, four of those charged in the case pleaded guilty and have already been sentenced. Charges are pending against the remaining co-defendant, Fidel Vasquez-Velazquez, who failed to appear in court for a bond forfeiture hearing on August 22, 2016.

Perez-Vasquez is scheduled to be sentenced on January 16, 2018. She faces a maximum statutory penalty of five years in prison and a $250,000 fine.

This case was the product of an investigation by the U.S. Immigration and Customs Enforcement (ICE) Homeland Security Investigations (HSI), and the California Department of Motor Vehicles, Investigations Division.

“Creating and selling fake government documents threatens the safety and security of all of us, here at home, across the country, and around the globe,” said California Statewide Law Enforcement Association (CSLEA) President Alan Barcelona.  “DMV investigators are the guardians of California identification cards and driver licenses and are an excellent resource for other agencies to call upon in fraudulent document investigations.”