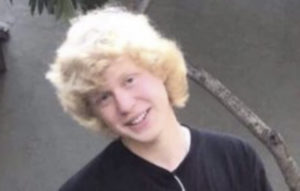 SAN DIEGO – Following an investigation by California Alcoholic Beverage Control (ABC) agents, a San Diego man has pleaded guilty to letting his 20-year-old girlfriend drink his alcoholic beverage at a restaurant prior to her involvement in a hit and run in which the girlfriend struck and killed a teenage pedestrian.

Lewis Cornwell, 25, pleaded guilty as part of a plea agreement with the San Diego City Attorney’s office on October 11, 2017.

ABC agents conducted a Target Responsibility for Alcohol-Connected Emergencies (TRACE) investigation in which they determined, on March 9, 2017, Cornwell let his girlfriend, Jessica Medsker, drink his alcoholic beverage at a restaurant when restaurant employees were not looking.  Medsker is serving a four-year prison sentence for felony hit and run causing death, after her vehicle struck pedestrian Alex Funk, 16.

Cornwell is scheduled to be sentenced in December.  According to the San Diego City Attorney’s Office, Cornwell will serve 100 days in custody, followed by terms and conditions of a three-year probation, including the completion of the San Diego County Medical Examiner’s Beyond the Caution Tape Program.

“ABC agents know the dangers of underage drinking and work to determine who furnished alcohol to an underage drinker involved in a serious crime, in this case a fatal hit and run,” said California Statewide Law Enforcement Association (CSLEA) President Alan Barcelona.  “ABC agents work day and night to combat underage drinking in an effort to make us all safer out on the roads and in our neighborhoods.”