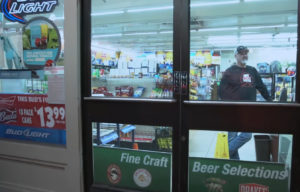 REDDING - On December 20, 2017, California Department of Alcoholic Beverage Control (ABC) agents and Redding Police conducted a minor decoy and shoulder tap operation. The operation targets clerks who sell alcohol to those under-21 and citizens who purchase alcohol for those under-21.  In addition to the minor decoy and shoulder tap operation, officers targeted alcohol violations around the parks and trail systems of Redding.

“These law enforcement stings are a great enforcement and education tool,” said California Statewide Law Enforcement Association (CSLEA) President Alan Barcelona.  “Store clerks and customers who don’t think twice about the dangers of underage drinking and the harm caused by selling alcoholic beverages to, or buying them for, young people under 21 need a wake up call.”

In the minor decoy portion of the operation, 34 businesses were contacted by a minor attempting to purchase an alcoholic beverage. Employees from two businesses sold or furnished beer to the minor. Chevron employee Kristen Olivia Holmes, 27, of Redding and Valero employee John Russell Simon, 59, of Redding, were both cited for sales or furnishing of alcohol to a minor.

As part of the shoulder tap operation, decoys asked approaching store customers to purchase alcohol on their behalf.  Tiffany Jadene Perry, 35, of Redding, was cited and released for purchasing beer for two minors and multiple warrants for her arrest.

Terry Michael Thompson, Jr., 26, of Redding also allegedly agreed to purchase alcohol for two minors. Thompson is a convicted sex offender and was found to be in possession of a methamphetamine smoking pipe. He was cited and released.