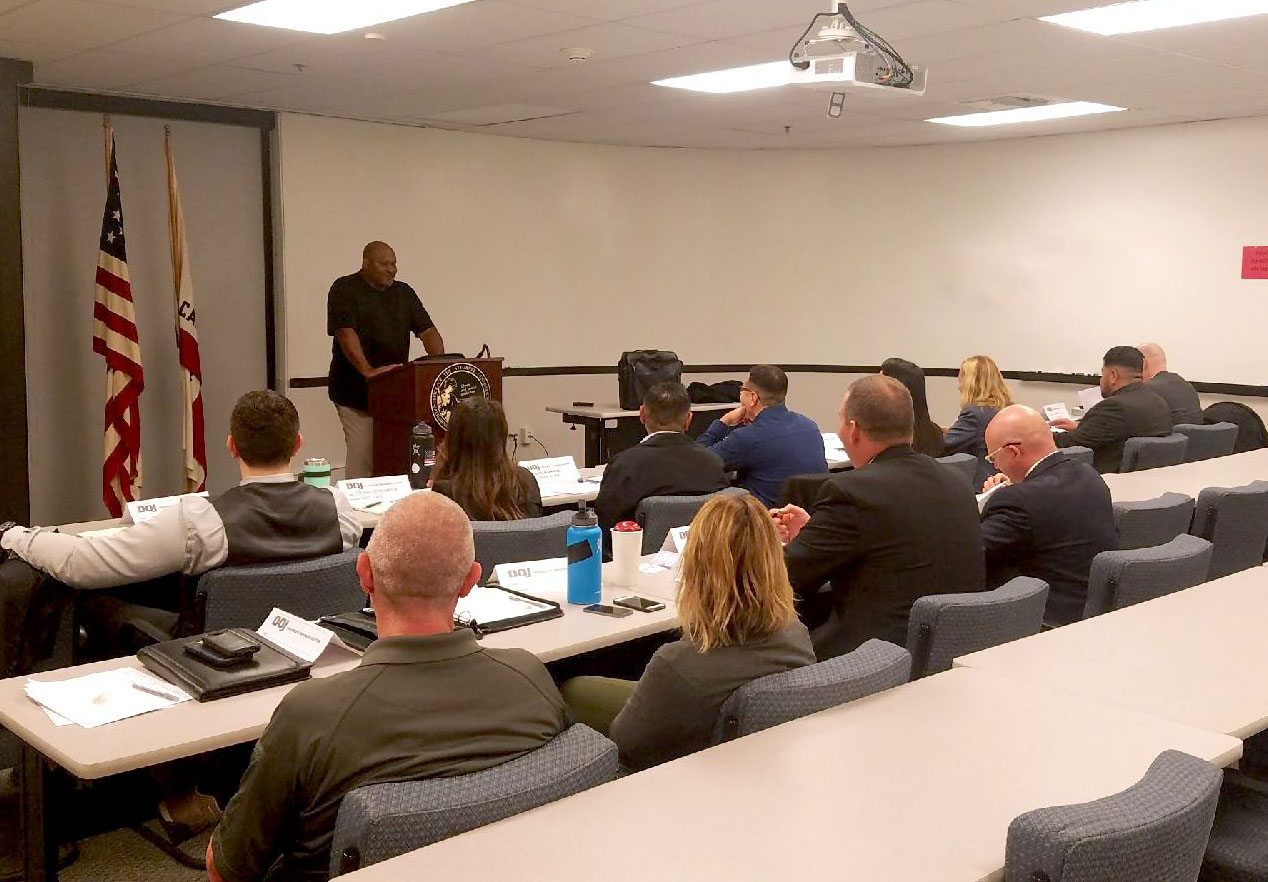 “Special agents coming in new to the Department of Justice have a lot going on,” said Cardwood.  “Their full attention is on their training, which can be overwhelming.  I take a minute to spotlight something they may not have had time to give thought to, and that’s being a member of an association that will be there for you, one that has a legal defense fund.  I share my experience in law enforcement and as a special agent and explain to the new special agents that no law enforcement officer ever plans to need legal defense, but, we all know, in law enforcement, situations occasionally arise.  Everything happens in a split second and if for some reason, it should go sideways, you want your association and its attorneys by your side, from beginning to the end of whatever you may find yourself being questioned about. Simply put, it’s career insurance.”

Cardwood welcomed the special agents to their new positions, to ASA-DOJ, the California Statewide Law Enforcement Association (CSLEA) and the Fraternal Order of Police.  As members of these associations, the special agents have access to an attorney 24/7, receive a basic $15,000 life insurance plan, an exclusive membership discounts program, scholarship and education  opportunities and additional benefits and services.