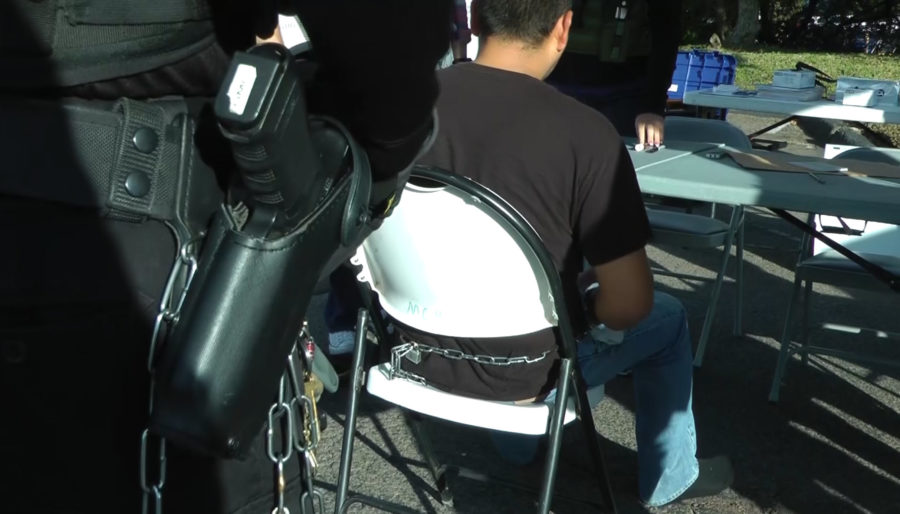 SACRAMENTO -  Law enforcement departments throughout California are sharing the results of Operation Reclaim and Rebuild, a statewide effort to arrest human trafficking suspects, both traffickers and johns.  The operation, conducted January 25-27, 2018 lead to the arrests of more than 500 suspects and the rescue of 56 individuals, including nearly a dozen young girls.

“The California Department of Justice is proud to have been part of Operation Reclaim & Rebuild,” Attorney General Xavier Becerra said. “Together, we sent a loud and clear message - criminals who prey on young women and children for sex will be swiftly brought to justice. It does not end here; we will continue to use every tool available to us to combat human trafficking across the State.”

Because 70 percent of sex trafficking begins online, the operation involved placing fake ads offering sex for money.  When the suspects showed up at hotels expecting to buy a person for their own sexual gratification, they were handcuffed, their cars towed, and their phones seized as evidence.

“Human trafficking is a despicable crime that victimizes vulnerable individuals who will spend years trying to reclaim their lives and build their sense of self,” said California Statewide Law Enforcement Association (CSLEA) President Alan Barcelona.  “Those who purchase sex are from all walks of life and must come to their senses that it’s a serious crime and won’t be tolerated in this state.”

The San Diego County District Attorney’s office reports that suspects arrested in the operation included a man who left his dog waiting in his car, a bicyclist with a backpack full of sex toys, and a sex abuse counselor at a local hospital, who showed up wearing scrubs.