“We live in a time in which first responder-officers must have firearms to protect citizens from the threats that present themselves, including active shooters.” – CSLEA President Alan Barcelona 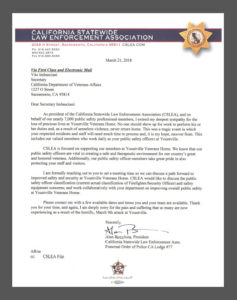 “CSLEA has an unwavering commitment to public safety, and to the public safety officers and peace officers we represent,” said CSLEA President Alan Barcelona.   “There is a very dangerous gap in emergency response at some of the California state facilities that the secretary and undersecretary oversee, and it is within their power to change this. Public safety officers and sworn peace officers at these facilities must be equipped with firearms.  It is a necessary public safety and law enforcement tool to combat many threats, including the most violent of people who are hell-bent on using high-powered, automatic weapons to harm as many people, in as short a time, as possible.”

CSLEA is focused on discussing with CalVet Secretary Imbasciani, the job classification of the public safety officers at Yountville, as well as safety equipment.  With CHHSA Undersecretary Wilkening, CSLEA is pushing for an update on a proposal to arm sworn peace officers at the Department of State Hospital and Department of Developmental Services.  That proposal was approved by DSH and elevated to CHHSA in Spring of 2017.  The department director already has authority to arm its officers.  This current authority exists within Penal Code Section 830.38.

“We can no longer ignore this frightening gap in public safety,” said Barcleona.  “Our officers need the necessary equipment and training to keep safe those they have taken an oath to protect.  When they respond to an active shooter in their workplace, what do they have?  They are as much a victim as those lives they could otherwise be saving.” 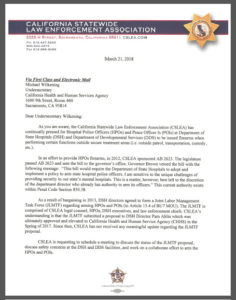 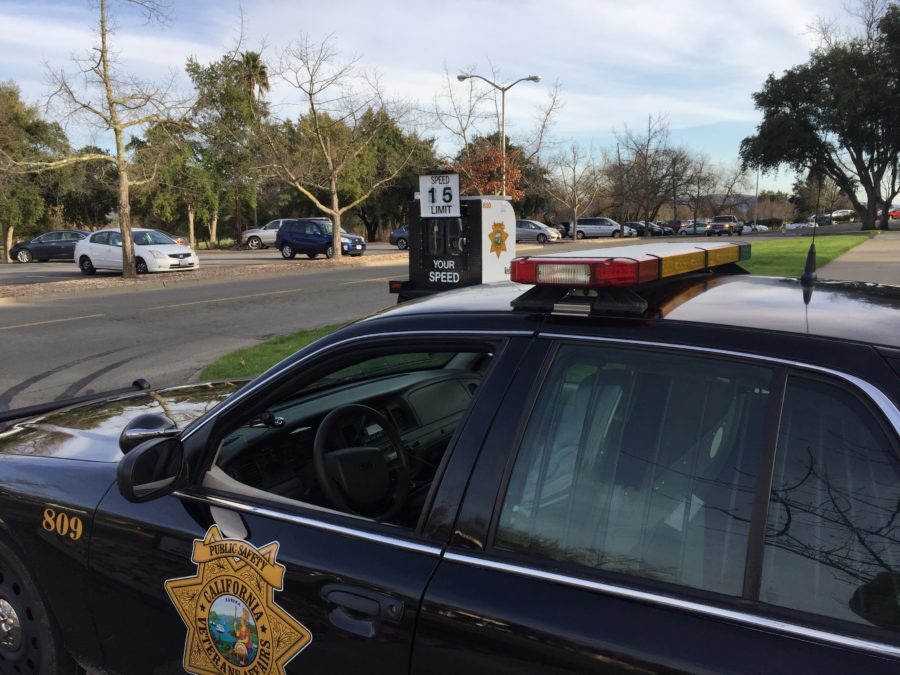