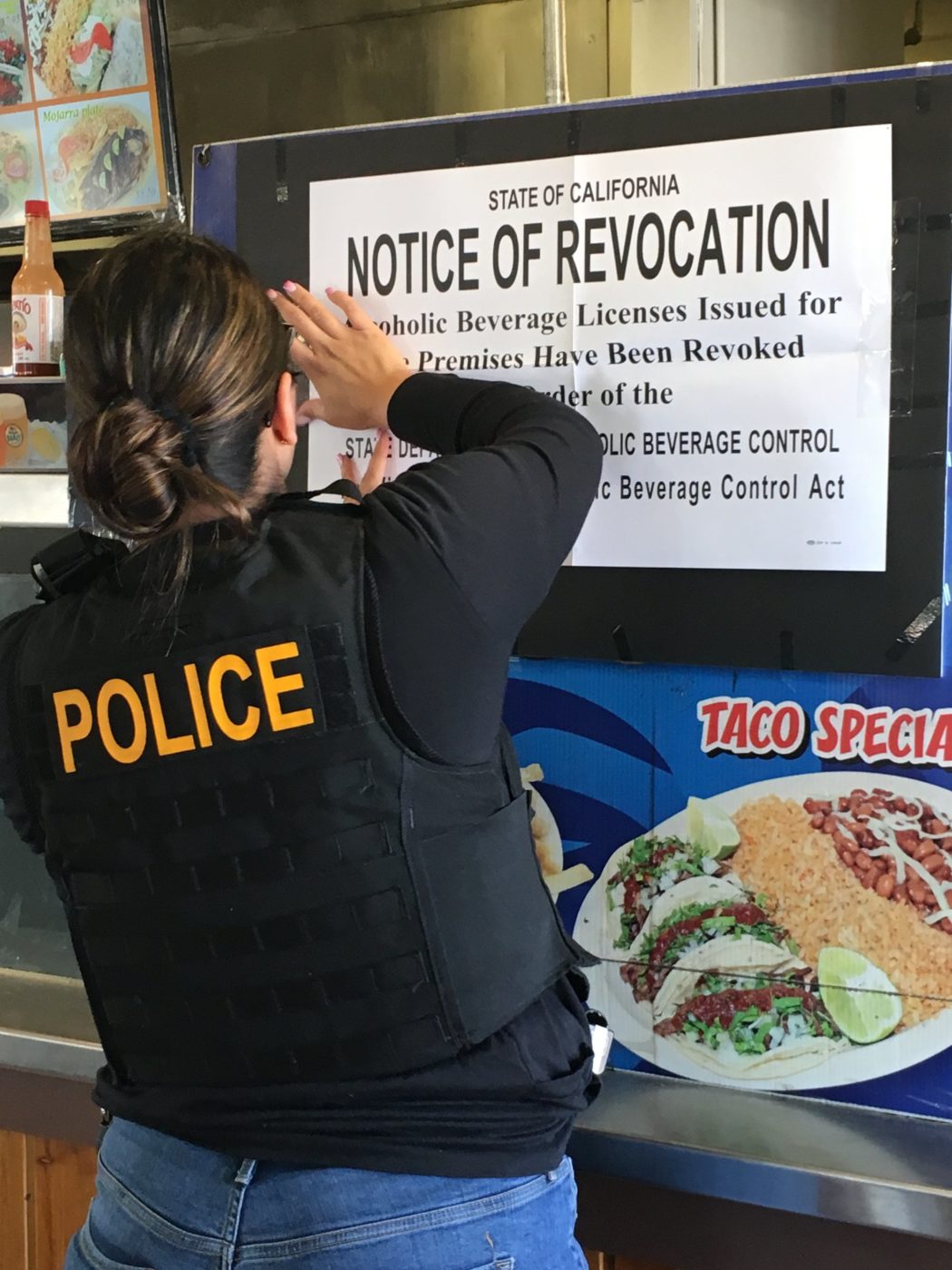 BELL GARDENS- On April 11, 2018, the California Department of Alcoholic Beverage Control (ABC) announced that ABC agents arrested three people in a drug investigation at Perry Burger in Bell Gardens.   They also posted a Notice of Revocation at the restaurant prohibiting it from selling beer and wine as it was licensed to do.

ABC agents worked with the Bell Gardens Police Department to investigate complaints about possible illegal drug activity at the restaurant. During the investigation ABC agents arrested two suspects at the restaurant and a third suspect at a home.  Agents seized 29 bindles of methamphetamine and $183 in cash at the restaurant.  At the home of one of the suspects, they arrested a third individual and seized two pounds of methamphetamine and $13,000 in cash.   The suspects were booked for drug possession and possession for sales.

“Seizing methamphetamine and arresting those who sell it can dramatically, and immediately, improve the quality of life for neighborhoods and communities,” said California Statewide Law Enforcement Association (CSLEA) President Alan Barcelona.  “ABC agents work undercover to discover where illegal activity is taking place within, and on, the premises of ABC licensees and investigate tips from the community.  Great job by ABC agents and Bell Gardens police.”