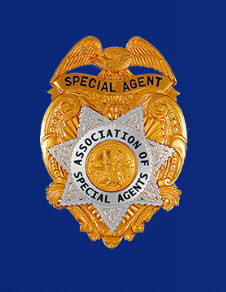 LOS ANGELES –  On April 3, 2018, two executives at a Los Angeles substance abuse treatment company were arrested on charges that allege they defrauded the Medi-Cal program by submitting bills seeking more than $2 million for services that did not qualify for reimbursement or simply were never provided.

Mesbel Mohamoud, 45, and her mother-in-law, Erlinda Abella, 63, both of Inglewood, were named in a 23-count indictment that charges both defendants with 21 counts of health care fraud and two counts of aggravated identity theft in relation to the scheme that allegedly ran from 2009 through 2015.

“Fraudulent billing by unscrupulous individuals in the medical and health industry is extremely troubling,” said California Statewide Law Enforcement Association (CSLEA) President Alan Barcelona.  “Fortunately, California has special agents assigned to the Bureau of Medi-Cal Fraud and Elder Abuse who can use, and lend their investigative expertise to other agencies, to put a stop to this crime.”

Mohamoud is the owner and executive director of The New You Center (TNYC). Abella, who co-founded TNYC with Mohamoud in 2005, is the program director at the company. TNYC had contracts to provide medically necessary substance abuse treatment services through the Drug Medi-Cal program to adults and teenagers in Los Angeles County.

The indictment alleges that TNYC submitted false and fraudulent bills for counseling sessions that were not conducted at all, were not conducted at authorized locations, or did not comply with Drug Medi-Cal regulations regarding the length of sessions or the number of patients. Furthermore, Mohamoud and Abella allegedly caused TNYC to bill for clients who did not have a substance abuse problem, to falsify documents related to services supposedly provided to clients, and to forge client signatures on documents such as sign-in sheets.

The indictment alleges that TNYC submitted more than $2 million in false and fraudulent claims for group and individual substance abuse counseling services and was paid more than $1.8 million based on these bills.

If convicted of the charges, Mohamoud and Abella each would face a statutory maximum sentence of 10 years in federal prison for each of the 21 health care fraud charges. Additionally, there is a two-year mandatory sentence associated with each of the aggravated identity theft counts.

This case is being investigated by the Federal Bureau of Investigation and the California Department of Justice, Bureau of Medi-Cal Fraud and Elder Abuse.