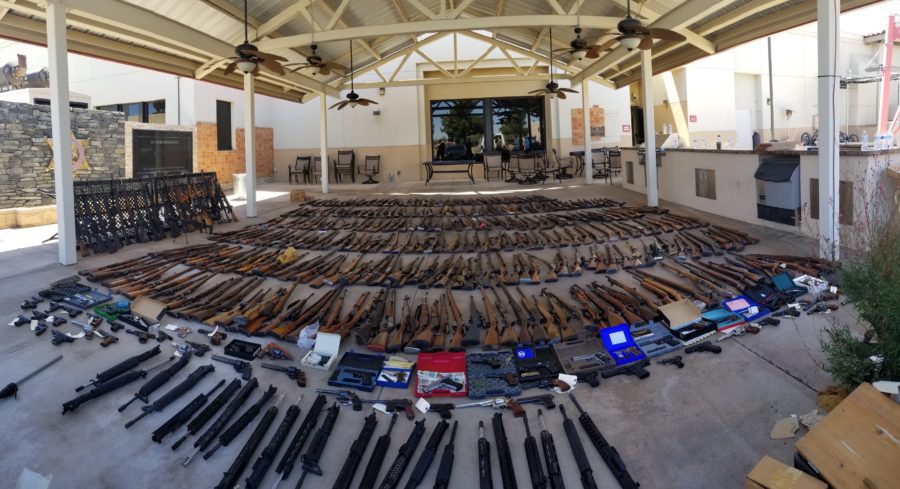 The search led investigators to a second location connected to Fernandez. The second warrant, also served in Agua Dulce, resulted in the seizure of 30 illegal firearms possessed by a female associate.  The female suspect was not home at the time of the warrant service. Detectives were preparing charges for the District Attorney for filing consideration. 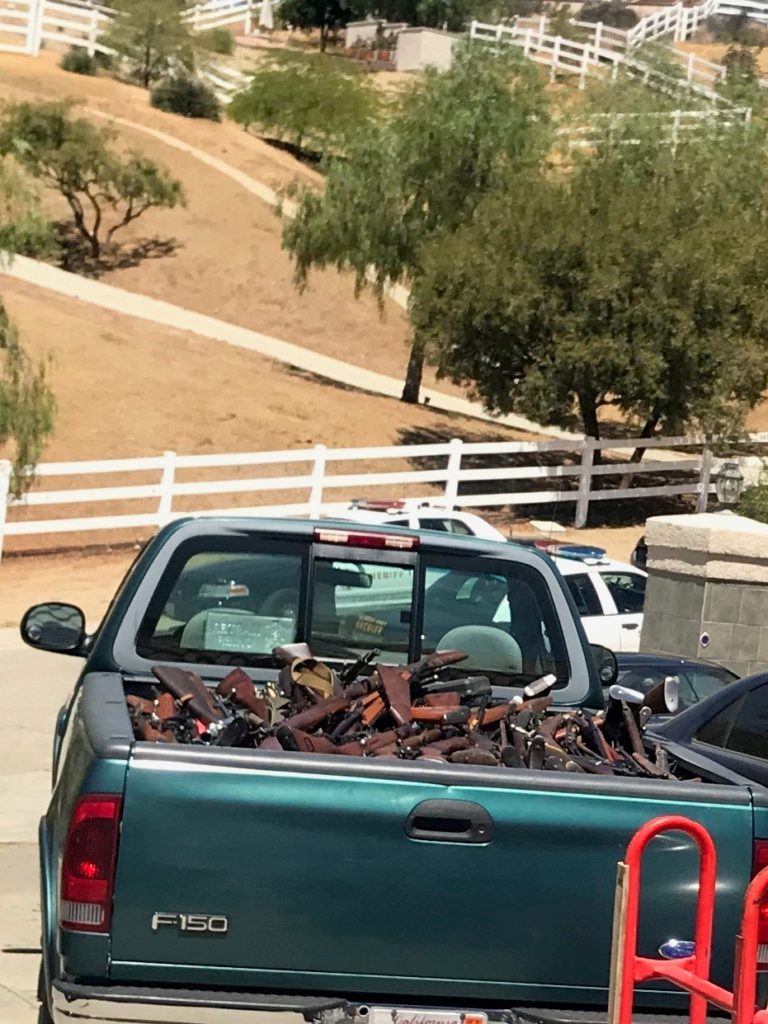 A follow-up warrant to the residence of Manuel Fernandez on June 15, 2018, led to the seizure of an additional 91 firearms that were hidden within the home.  Detectives also seized computers, cellphones, and hard drives from the residence believed to be involved in the illicit purchase of firearms by the suspect.

“The job of investigating the illegal possession of firearms is extremely dangerous,” said California Statewide Law Enforcement Association (CSLEA) President Alan Barcelona.  “Removing these weapons from the possession of a felon contributes to the safety of all of us.”

Due to the large number of firearms recovered, detectives enlisted the assistance of the Federal Bureau of Alcohol, Tobacco, and Firearms (ATF) for tracing the purchase origination of the weapons.  Agents from both the California Department of Justice and ATF will be providing resources as the case continues through the court process.

“This case is a testament to the community’s involvement in reducing crime and taking guns out of the hands of criminals,” said Los Angeles County Sheriff Jim McDonnell.  “The swift response of our Palmdale Sheriff’s Station personnel and the assistance provided by our partners at the California Department of Justice and the Federal Bureau of Alcohol, Tobacco, and Firearms showed the positive result of our campaign ‘See Something, Say Something.’  We are proud of the relationship we have built in the Antelope Valley area as we continue to build trust with the communities we serve.”

Fernandez is scheduled to appear in court on July 9, 2018.