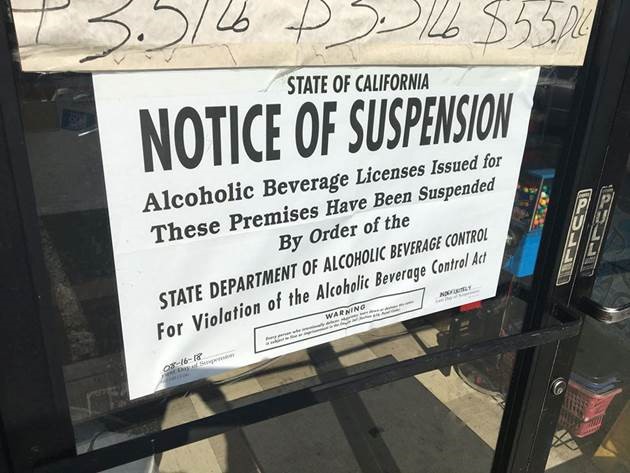 FRESNO -  On August 16, 2018, the California Department of Alcoholic Beverage Control (ABC) suspended the alcoholic beverage license of Primo’s Family Market on  North Hughes Avenue in Fresno. The suspension will last indefinitely until the license is transferred to persons and a location acceptable to the Department. If no transfer of the license occurs within 180 days, the license will permanently be revoked.

Further investigation conducted by ABC agents and Fresno police officers revealed that the market employee gave conflicting statements and that people associated with the market’s employee were gang members. Through a partnership with the Fresno Police Department, ABC is able to take action and address issues like this which pose a risk to public safety.