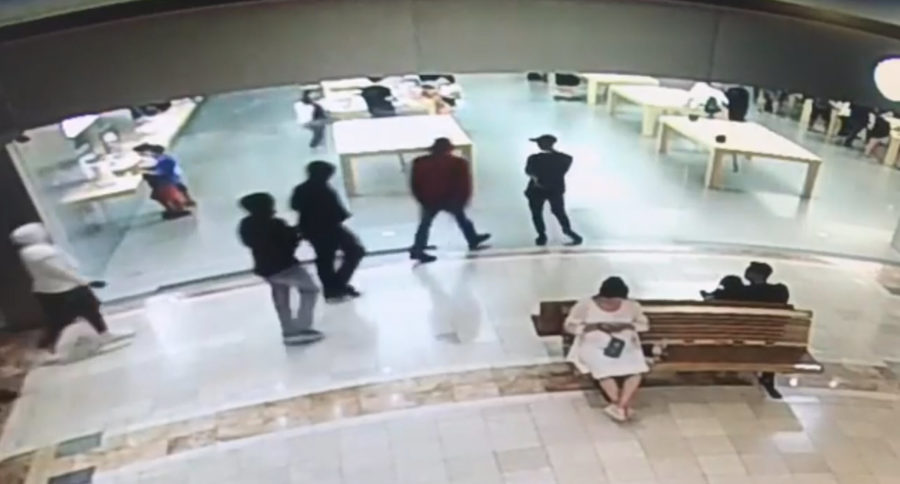 SANTA CLARA – California Attorney General Xavier Becerra announced the arrest of and charges against 17 suspects for a robbery scheme targeting Apple retail stores across California that resulted in the loss of over $1 million. The defendants are charged with entering Apple retail stores in large groups wearing hoodies and snatching products on display in a matter of seconds. The crimes took place in 19 counties.

Seven adults were arrested on September 25, 2018 and booked in the Alameda County Jail. Another is currently in custody in Sonoma County. Arrest warrants have been issued for nine other suspects.

“I can hear the applause now, thank you to the California Department of Justice eCrime Unit and the local law enforcement agencies whose work led to these arrests,” said California Statewide Law Enforcement Association (CSLEA) President Alan Barcelona.

“Organized retail thefts cost California business owners millions and expose them to copycat criminals. Ultimately, consumers pay the cost of this merchandise hijacking,” said Attorney General Becerra. “We will continue our work with local law enforcement authorities to extinguish this mob mentality and prosecute these criminals to hold them accountable.”

Attorney General Becerra has filed charges for conspiracy to commit grand theft against the individuals in Fresno, Santa Clara, and Alameda Counties.