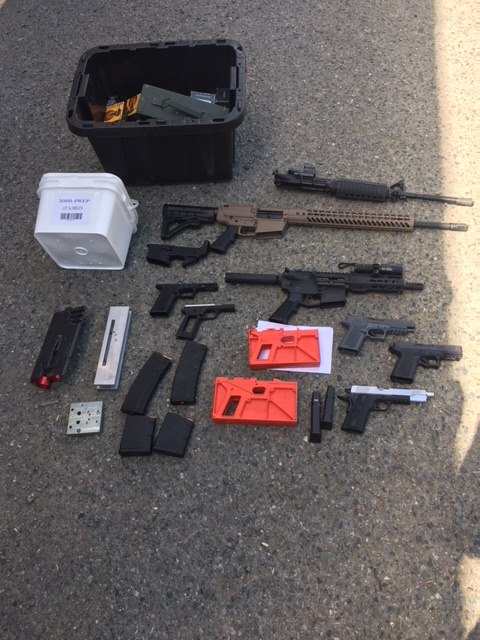 OAKLEY -  On Friday, September 14, 2018, the Contra Costa County Anti-Violence Support Effort (CASE) Team carried out a search warrant at the Oakley home of a person suspected of unlawfully possessing weapons.  During the search of the suspect’s home, the CASE Team seized the following weapons:

“These types of investigations into the unlawful possession of firearms is paramount to public safety,” said California Statewide Law Enforcement Association (CSLEA) President Alan Barcelona.  “Each law enforcement officer involved in this investigation and the service of the search warrant deserves our gratitude.  In addition, I’m thankful they all returned home safely to their families.”