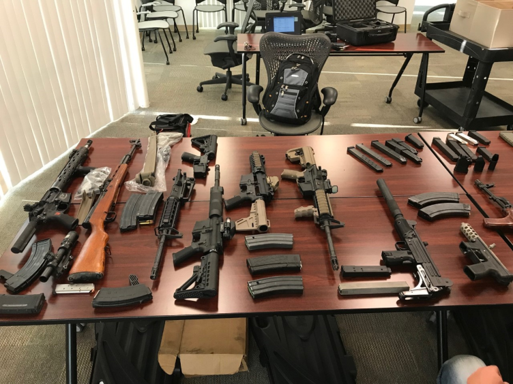 RIVERSIDE – On October 18, 2018, the California Department of Justice, the Riverside Police Department, and the Riverside County District Attorney’s Office  released details of a six-month investigation dubbed Operation “Eastbound and Down” which was aimed at curbing gang violence in the Eastside neighborhood of Riverside. The operation resulted in the arrests of 45 suspected gang members and/or associates, and the seizure of 63 firearms, along with illegal narcotics.

“The arrests and the seizure of weapons and drugs should have a positive impact on the neighborhoods where these suspected criminals wreaked havoc,” said California Statewide Law Enforcement Association (CSLEA) President Alan Barcelona.   “Children and families should not have to live in fear.”

The investigation began following a spike in gang-related crimes in the Eastside neighborhood of Riverside, including murder, attempted murder, drive-by shootings, and assaults. The increases in crime, according to the Riverside Police Department, occurred with the release from custody of gang members and associates who began fighting to regain control and power. 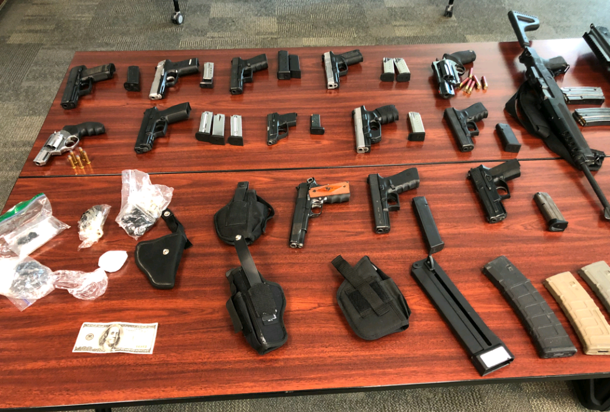 As a result of the operation, charges have been filed against 22 adults and 3 minors, some who have committed multiple crimes.

“This operation and the tremendous impact it will now have on this violent criminal street gang is another example of what can be achieved when law enforcement agencies on the local, state, and federal level work together,” said Riverside County District Attorney Mike Hestrin. “The criminal street gang targeted in this operation has victimized our community for far too long.”

The agencies that participated in the Operation “Eastbound and Down” arrests include:

“I am very proud of the amazing work of our gang and narcotics detectives, as well as of the incredible partnership with the California Attorney General and his Department of Justice investigators” said Riverside Police Chief Sergio Diaz.

“No community should be plagued by violence and street crime. This week’s coordinated action targeting criminal street gangs, which will be followed by vigorous prosecution, is an essential component in fulfilling our public safety responsibilities,” said Attorney General Becerra. “The men and women of the California Department of Justice will continue to work hand-in-hand with the Riverside Police Department and the Riverside County District Attorney to take back our neighborhoods for the families of Riverside.” 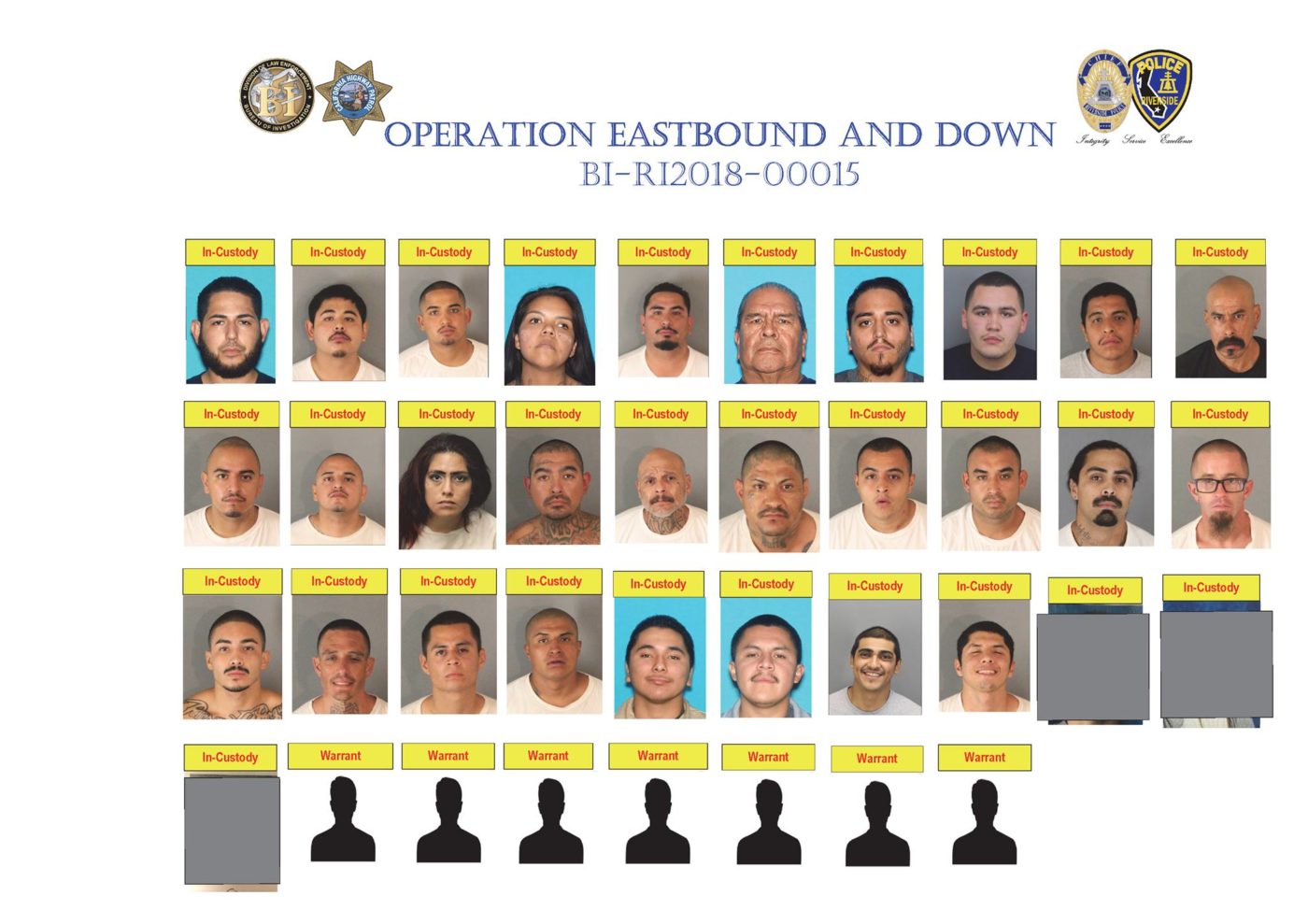 Some of those arrested or wanted are: