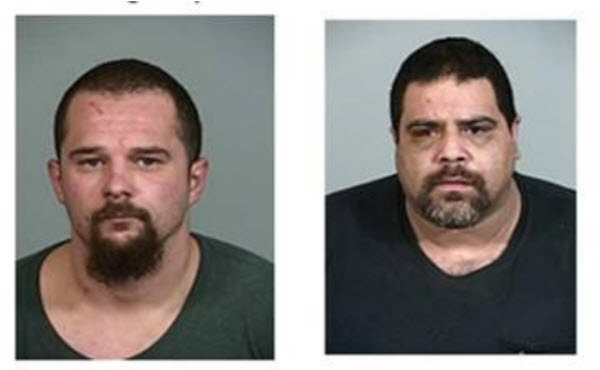 SISKIYOU COUNTY - On Thursday, November 1, 2018, the Siskiyou Unified Major Investigation Team (SUMIT), a California Department of Justice (DOJ) Bureau of Investigation task force, served a search warrant at a home near Dunsmuir which resulted in three felony arrests and the seizure of a drug lab, ammunition and suspected drug money.

The search warrant was the result of a routine traffic stop made by two Siskiyou County Sheriff’s deputies on October 21, 2018. During the traffic stop, Jack Donald Wood, 56, was arrested after deputies discovered about 15 grams of suspected methamphetamine and a large amount of United States currency. Other evidence and drug paraphernalia were found during the traffic stop as well.

SUMIT agents then responded to the scene and during an investigative follow-up obtained a search warrant for the residence near Dunsmuir.  The November 1st search warrant was conducted by SUMIT with the assistance of several agencies, including the California Highway Patrol (CHP), California Alcohol and Beverage Control (ABC), and deputies from SCSO.

Three men were contacted in the residence. One suspect, Cody Edwin Kuntz, 32, a parolee (assault with deadly weapon) had a large knife and drug paraphernalia in his immediate vicinity. Kuntz was arrested for the weapons, drug paraphernalia, and parole violations.

Another man at the home, Joseph Daniel Gordon, 45, had five felony arrest warrants issued in Siskiyou County for his immediate arrest.

A search of the residence resulted in the seizure of:

Wood, the subject of the original traffic stop was also present and was arrested again for possession of methamphetamine for sale and for being a felon in possession of live ammunition.

SUMIT is commanded by a DOJ/BI Special Agent in Charge and has been existence in Siskiyou County for more than 30 years.

According to Siskiyou County Sheriff Jon Lopey, “This was a good piece of police work because two alert SCSO deputies turned an ordinary traffic stop into a major drug arrest. These deputies teamed with SUMIT and their follow-up investigation resulted in a successful search warrant operation that resulted in three felony arrests, which has made the community much safer.”