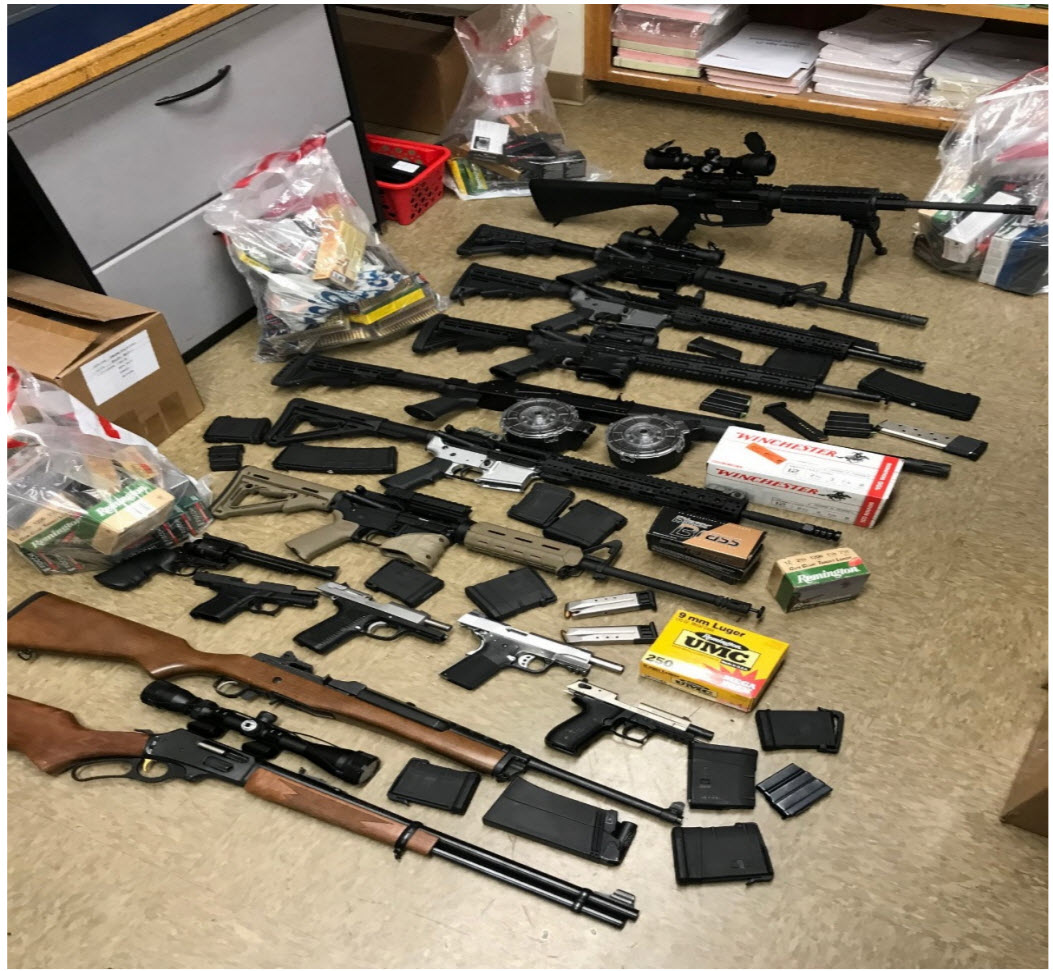 SACRAMENTO – On March 1, 2019, California Attorney General Xavier Becerra released the 2018 Armed and Prohibited Persons (APPS) program annual report which reflects the number of firearms seized from individuals who have become prohibited from legally owning them because they were convicted of a felony or a violent misdemeanor, placed under a domestic violence or other restraining order, or suffer from serious mental illness.  The report also includes the growing number of people added to the list each year and the need for additional special agents to conduct the dangerous work of seizing the firearms.

“California will continue to set an example for the rest of the nation when it comes removing illegal firearms from our neighborhoods,” said Attorney General Becerra. “This is smart and efficient law enforcement. I am proud of our agents, who put themselves in dangerous situations on a daily basis in order to protect our families. My office remains committed to our mission: taking firearms away from dangerous and violent individuals. We look forward to working with our Governor and legislature and our local partners to fulfill this mission.”

“There is a demonstrated need for recruiting and retaining DOJ special agents who consistently face grave danger in their law enforcement work,” said California Statewide Law Enforcement Association (CSLEA) President Alan Barcelona.  “Their salaries are lower than that of comparable law enforcement agencies and their hiring requirements higher.”

The State of California is the first and only state in the nation to have established an automated system for tracking firearm owners who fall into a prohibited status. The APPS database works to identify individuals who previously procured firearms but later became prohibited from legally owning them because they were convicted of a felony or a violent misdemeanor, placed under a domestic violence or other restraining order, or suffer from serious mental illness.

Every day, CA DOJ agents face numerous APPS challenges, such as a growing caseload, seizing firearms from uncooperative individuals, locating current addresses, obtaining search warrants, and locating the particular firearm registered in the database. In 2018, California DOJ agents made approximately 22,119 contacts with individuals in their efforts to remove firearms from the hands of prohibited persons.

A copy of the report can be found here.