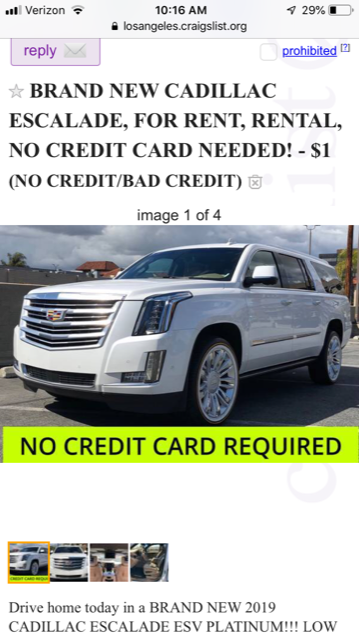 LOS ANGELES - On March 18, 2019, the Los Angeles County District Attorney’s Office announced that two men have been charged with defrauding a dozen victims out of nearly $4 million in a high-end automobile sublease scam centered in the San Fernando Valley. The scheme involved the loss of more than 40 vehicles of makes including Bentley, Maserati, Mercedes Benz, BMW, Rolls Royce, Jaguar and Lexus.

Hazarian and Hashemi allegedly used internet ads to convince investors to lease or purchase high-end vehicles and turn them over to the defendants, who were supposed to sublease the vehicles at a profit.  The men are accused of selling the automobiles to unsuspecting buyers and pocketing the cash, leaving the victims financially responsible for the vehicles.

Some of the victims provided multiple cars to the defendants, resulting in individual losses of up to $750,000.

“This type of investigation can be extremely complicated as it involved a dozen victims and even more vehicles,” said California Statewide Law Enforcement Association (CSLEA) President Alan Barcelona.  “California Department of Motor Vehicles investigators are experts in vehicle related fraud.  I am relieved these two suspects have been identified and arrested before inflicting even more financial harm to additional victims.”

Hazarian and Hashemi also are accused of defrauding the secondary buyers by receiving money for the vehicles but never signing over the titles.

The alleged crimes occurred from August 2017 to February 2019, according to the felony complaint.

The defendants face a possible maximum sentence of 15 years and four months in state prison if convicted as charged.