“We are grateful that through this joint effort between scientists and investigators at the California Department of Justice and the San Luis Obispo County Sheriff’s Office we were able to bring a measure of justice to the families of the victims in these horrific decades-old crimes,”- Attorney General Becerra.

SAN LUIS OBISPO -  On April 16, 2019, the San Luis Obispo County Sheriff's Office announced that a suspect in two 41-year-old homicide cases in Atascadero has been identified.

The two cases from 1977 and 1978 were re-investigated by the Sheriff’s Office Cold Case/Unsolved Unit starting in June of 2017. Detectives received a lead in the case from the California Department of Justice’s Familial DNA Search team in Richmond.

“The men and women who are criminalists at the California Department of Justice are nothing short of crime solvers,” said California Statewide Law Enforcement Association (CSLEA) President Alan Barcelona.  “They put the pieces together that investigators use to identify suspects.  Without these scientists, many cases would remain unsolved.” 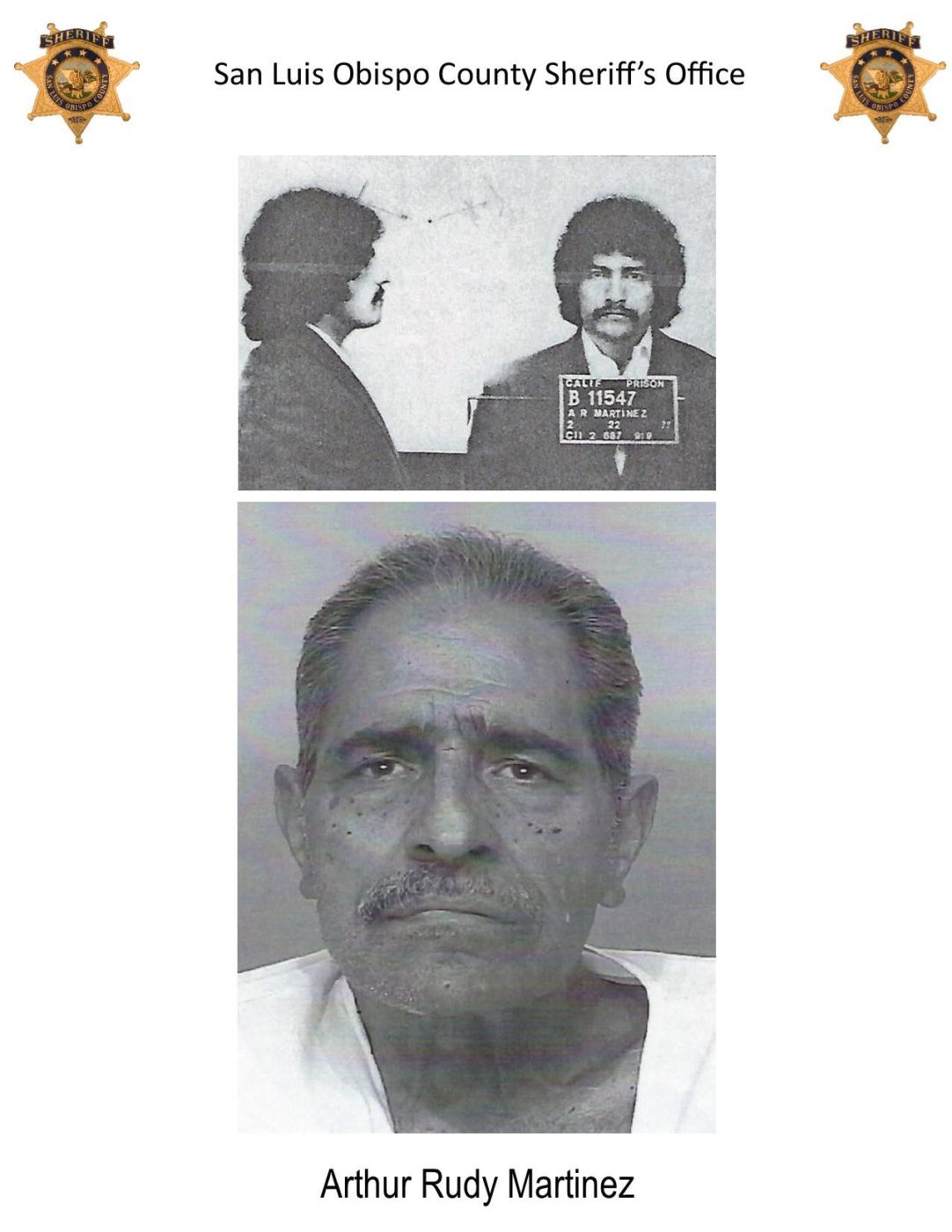 The lead was generated by getting a DNA profile comparison and other evidence. The DNA profile was a close match to an inmate serving time for unrelated charges. Through investigative means, it was determined that inmate had a relative who was living in Atascadero at the time of both murders. Detectives were able to identify Arthur Rudy Martinez (06/26/1948) who is deceased, as the suspect in these murders.

Detectives were able to locate a DNA source from Arthur Martinez and compare Martinez’s DNA to the suspect DNA left at both scenes and confirmed Martinez killed both victims. Most likely this case would never have been solved if the initial investigators did not collect the valuable biological DNA evidence that was used to compare to Martinez’s DNA. 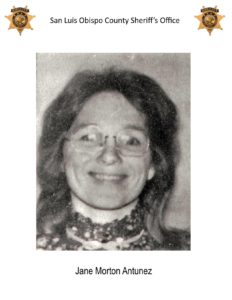 On November 18, 1977 at approximately 2:00 PM the body of Jane Morton Antunez (1-19-47) was found in the back seat of her car on a dirt road, off Santa Barbara Road in Atascadero. Antunez's throat had been cut and she had been sexually assaulted. Antunez lived on the south side of Atascadero near where her body was found. Antunez was supposed to be going to her best friend’s house on November 17th never made it. Witnesses had reported she picked up a man in her car but that was never confirmed. 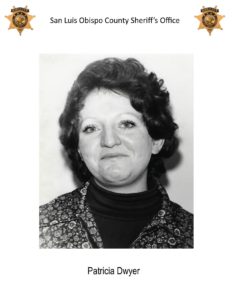 On January 11, 1978 at approximately 3:45 PM the body of Patricia Dwyer (11-13-49) was found on the floor of her home in Atascadero. Dwyer was stabbed in the chest with a knife from her kitchen drawer and had been sexually assaulted. Dwyer told her friend on January 10th she was going to the grocery store and then staying home to clean. It’s reported she would not have allowed a stranger in her home but had a key under her mat.

Both victims would frequent the Tally Ho Bar in Atascadero and had some mutual friends but did not know each other. Both victims’ arms were bound behind their backs by different bindings that were found at each scene. Detectives were able to place Martinez in Atascadero at the time of these crimes.

Martinez was paroled to Atascadero in May of 1977 until he left in January of 1978 after the Dwyer homicide. Martinez worked at a welding shop while he was in San Luis Obispo County. Martinez then moved to Spokane, Washington where he committed numerous robberies and two rapes. Martinez was given a life sentence and began serving that sentence in November 1978. In 1994, Martinez escaped from prison. For the next 20 years he lived in the areas of Fresno and Carruthers.  Finally, on April 30, 2014, he turned himself in because he had terminal cancer. Martinez died in a Washington State Prison on June 18, 2014. Detectives do not know if Martinez knew these victims prior to the murders. 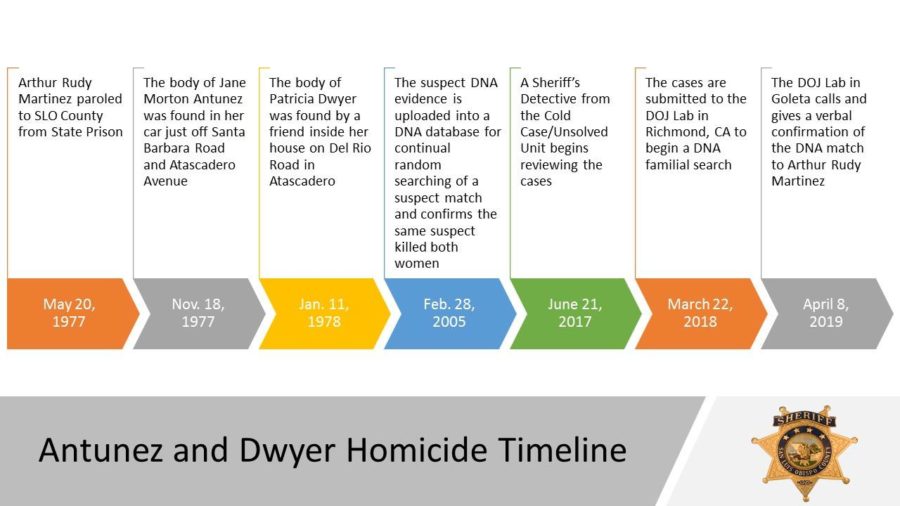 "We are extremely proud of Detective Clint Cole and his efforts to solve this 41-year-old murder mystery. Our hearts go out to the families of the victims and are hopeful the resolution to these cases brings them some closure," said Sheriff Parkinson.