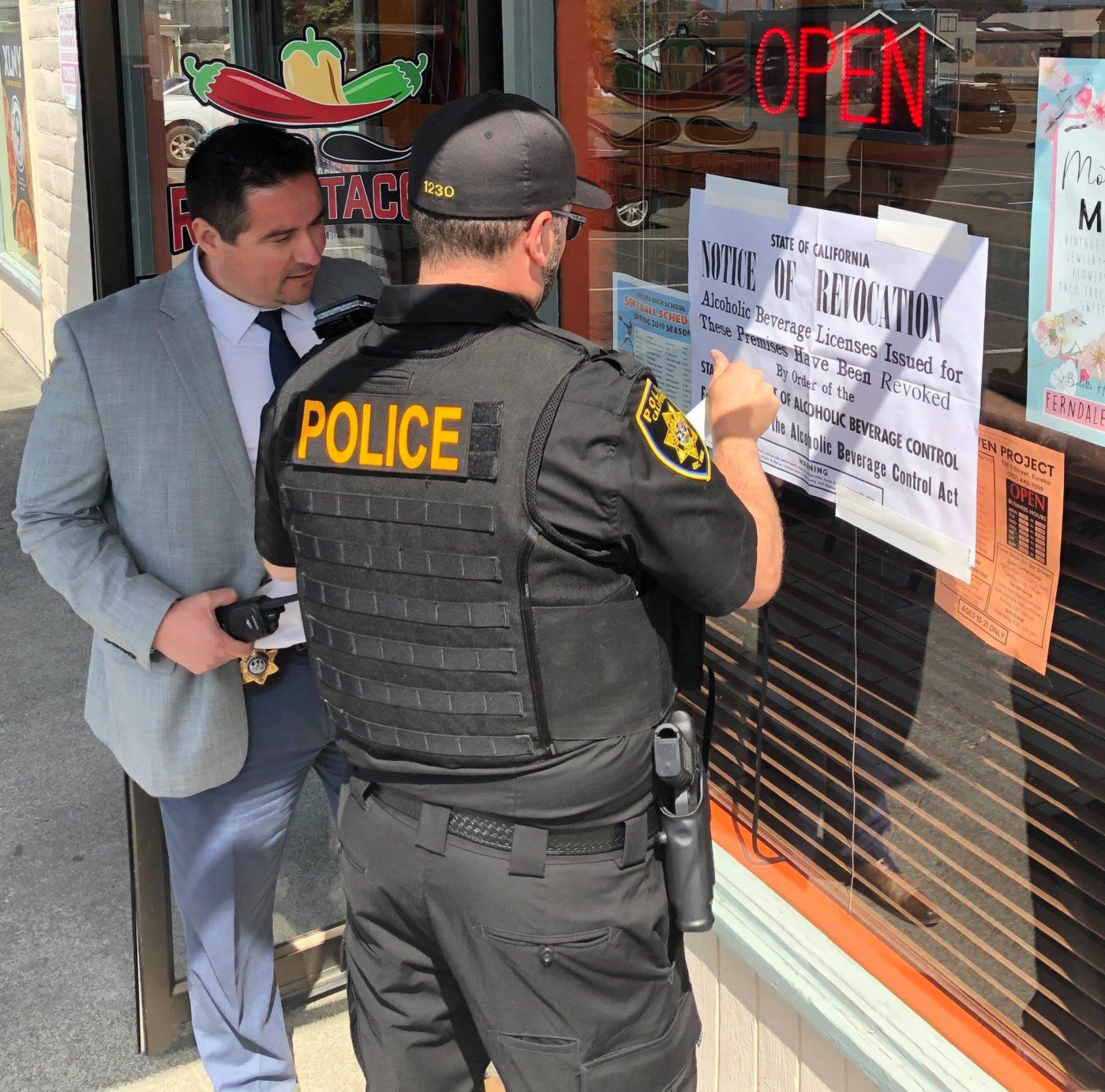 ARCATA – A restaurant in Arcata is no longer allowed to sell alcohol after California Alcoholic Beverage Control Agents post a Notice of Revocation at the premises.  As of April 29, 2019, Rico’s Tacos Taqueria is prohibited from selling alcohol.

ABC filed a multi-count accusation against the licensed premises this year for alleged illegal drug possession and drug possession for sale by co-licensee Ariel Arguellas-Sosa. He was arrested in August 2018 on charges of illegal drug activity. He posted bail and did not show up for his most recent scheduled court appearance.

During the course of the investigation, law enforcement found

The street value of the drugs, vehicles that were seized,  and cash are estimated to be worth $200,000.

In addition, local law enforcement and ABC discovered that the proceeds from the illegal drug sales were allegedly being used to operate Rico’s Tacos Taqueria.

Rico’s Tacos Taqueria has not contested ABC’s accusation so the Department moved forward with revocation of the license.

“Establishments that have a license to sell alcoholic beverages must adhere to ABC rules and regulations and operate a clean ‘house,’ “ said California Statewide Law Enforcement Association (CSLEA) President Alan Barcelona.  “ABC agents check in on these establishments to ensure laws are being followed and illegal activity is not taking place.  This is a great help to communities that are concerned that certain businesses are attracting a criminal crowd.”