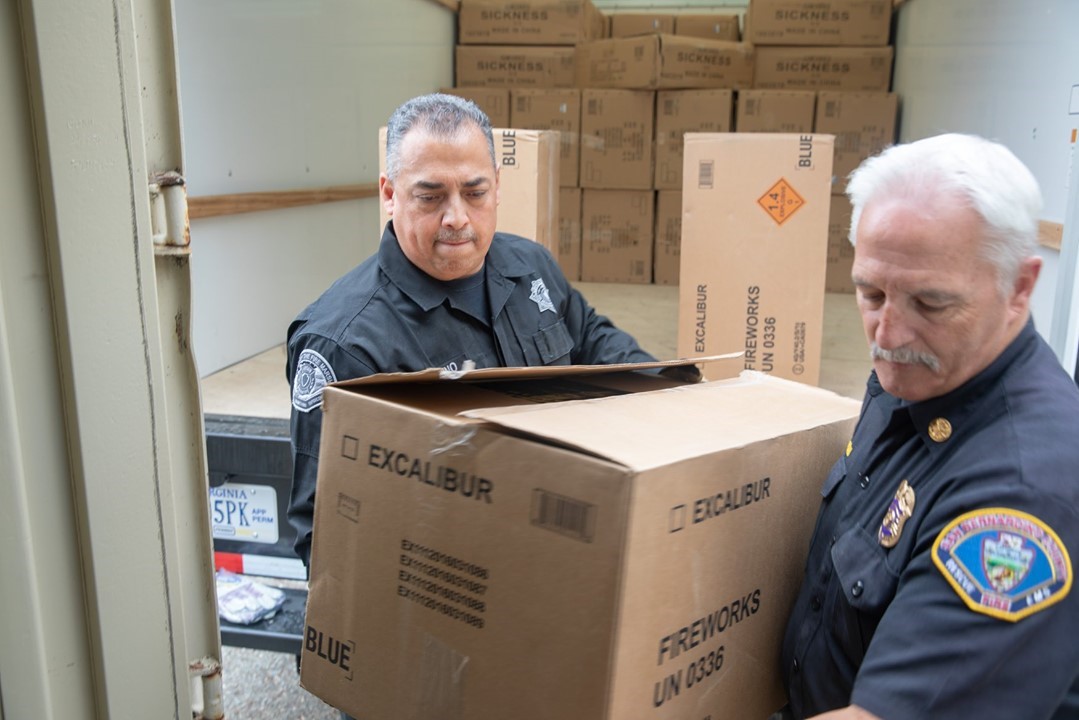 NEEDLES- Late at night on May 8, 2019, the California Department of Food & Agriculture and the California Department of Justice stopped a Penske rental truck during a roadside enforcement operation along U.S. Highway 95 and Goffs Road. When they opened the box trailer, they found approximately 4,000 lbs. of illegal and dangerous fireworks.   The law enforcement officers detained the male adult driver who was the only one in the vehicle called San Bernardino County Fire investigators to respond.

“Law enforcement officers from local, state and federal agencies seize tens of thousands of pounds of illegal fireworks in California,” said California Statewide Law Enforcement Association (CSLEA) President Alan Barcelona.   “Thank you to DOJ agents, CDFA investigators and deputy state fire marshals who discover and investigate cases such as this one.   We need to be fire safe in this state and prevent serious injuries and deaths from illegal fireworks.”

The investigation determined the Penske truck was rented out of Los Angeles and that the driver was returning from Pahrump, home of the largest provider of fireworks in Nevada. 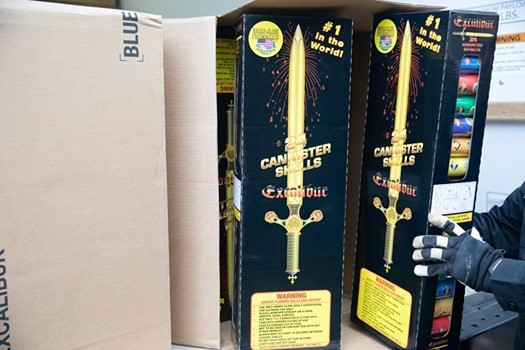 Investigators seized the truck and fireworks. The driver was issued a citation and release. All confiscated fireworks were then turned over to the State Fire Marshal’s Office for destruction. Street value of the fireworks was estimated at $10,000.

Under California law, most fireworks that explode, shoot into the air, or move along the ground are considered dangerous and are illegal to possess without a permit at any time. That includes firecrackers, skyrockets and “chasers” that dart along the ground in different directions. In the event a fire occurs due to the unsafe use of fireworks, individuals may be criminally charged and responsible for restitution.