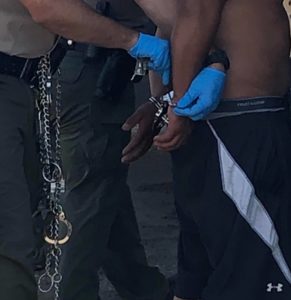 KINGS COUNTY -  On June 19, 2019, local, state and federal law enforcement officers announced the conclusion of Operation Red Reaper, a 10-month investigation into violence and drug trafficking by gang members in Kings and Tulare Counties.  The operation resulted in nearly 100 arrests, the seizure of up to 74 firearms and more than 36 pounds of drugs including methamphetamine.  The operation focused on the violent Norteño street gang and the Nuestra Familia prison gang.

The operation began in September 2018 and wrapped up on June 18, 2019 as teams of officers and agents set out with arrest warrants for approximately 50 individuals suspected of crimes that range from robberies, drug trafficking, home invasions and murder.

“You can only imagine the sighs of relief by law abiding citizens in these communities,” said California Statewide Law Enforcement Association (CSLEA) President Alan Barcelona.  “Thank you to the law enforcement officers, including California Department of Justice special agents, who faced great danger in investigating and arresting these suspects.”

Prior to the June 18th arrest warrant sweep, officers and agents arrested 40 suspects on felony charges, seized 20 firearms and 11 pounds of methamphetamine.

The United States Attorney’s Office announced federal charges have been filed against 21 of those arrested in Operation Red Reaper.  Some of the defendants include inmates locked up at Pleasant Valley State Prison in Fresno County.

According to court documents, high-ranking Nuestra Familia members Salvador Castro, Jr. and Raymond Lopez used contraband cell phones from inside Pleasant Valley State Prison to arrange the transport of illicit narcotics from drug sources in California and Mexico to a stash house in Kings County. From that stash house, gang members outside of the prison coordinated the preparation and delivery of the drugs to distributors throughout Kings and Tulare Counties. The complaint charges several other gang associates, including Angel Montes, Rafael Lopez, Daniel Juarez, Manuel Barrerra, Manuel Garcia, Joann Bernal, Ramon Amador, and Raul Lopez, Jr. with federal drug-distribution crimes.

Nearly a dozen different agencies and task forces took part in the crackdown including: 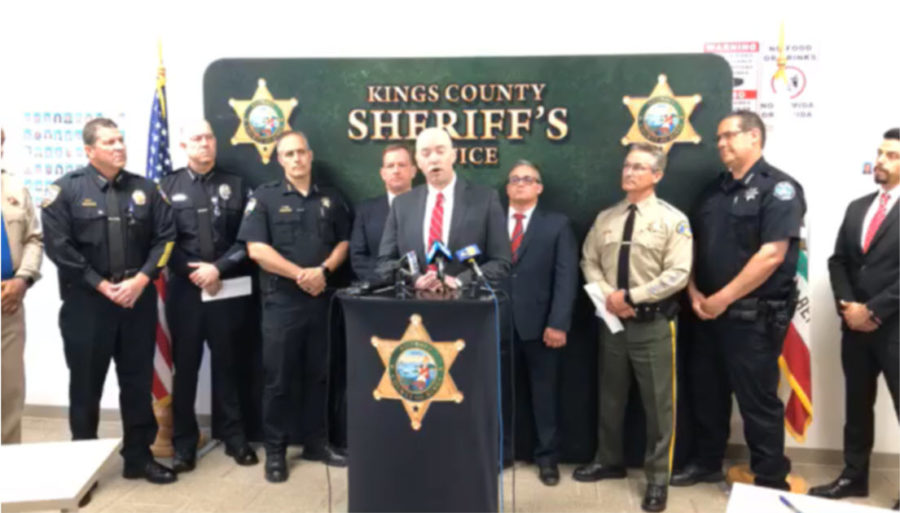