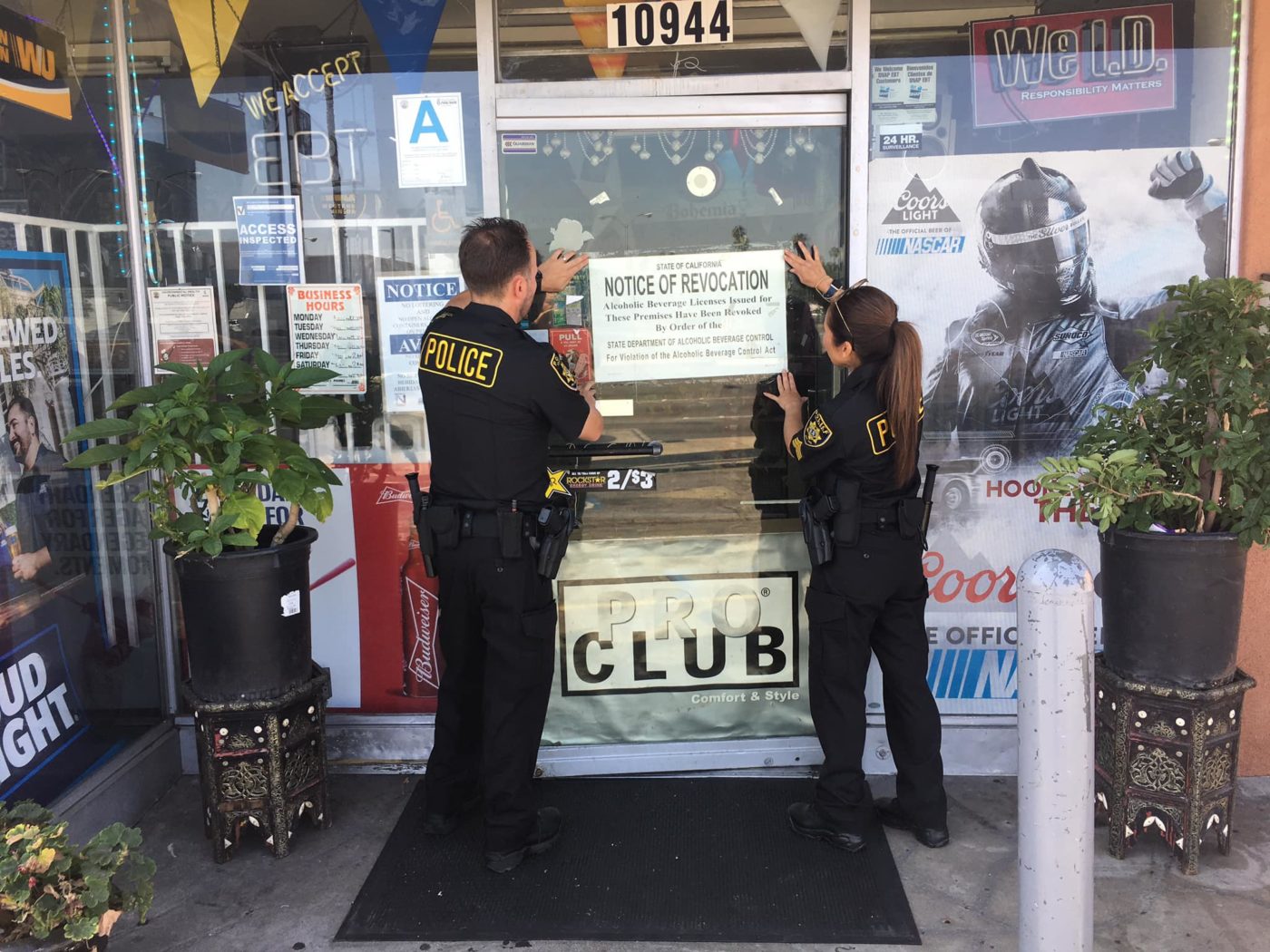 NORWALK -  On July 11, 2019, California Department of Alcoholic Beverage Control (ABC) Agents posted a Notice of Revocation at Dhaka Liquor located at 10944 Imperial Highway in Norwalk for numerous violations of sales to minors.

ABC agents at the Lakewood District Office and Special Operations Unit investigated the store over a two-year period. In a 14-month span, the licensee and employees of Dhaka Liquor sold alcohol to minors seven separate times.  ABC reports the business had illegal slot machines in the store on multiple dates, purchased alcohol from someone other than a licensed wholesaler and permitted an employee to furnish drug paraphernalia.

“Thank you, ABC agents for your diligence and year-round work to prevent those under 21 from getting alcohol and investigating those licensees who break the law by selling or serving alcohol to minors,” said California Statewide Law Enforcement Association (CSLEA) President Alan Barcelona.  “Your work  saves lives, prevents tragedies and increases public safety.”