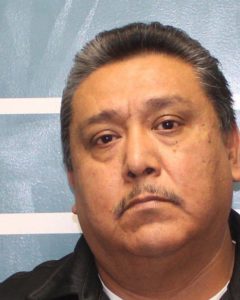 The case arose out of an intensive two-year internal investigation by the California Department of Motor Vehicles (DMV) involving offices in Los Angeles, San Diego and Tulare counties. Multiple DMV employees, including Hernandez in Visalia, fraudulently granted passing scores on written tests to individuals who did not passed the necessary tests for commercial licenses. Hernandez did this with six drivers who paid $400 to $600 to DMV employees or intermediaries to upgrade their licenses.

“This case depicts the difficult and time-consuming investigative work done by DMV investigators.  It’s unfortunate the investigation involved employees within their own department.  It is not a reflection of those DMV clerks who perform their jobs honestly and work to protect all of us from drivers who, either shouldn’t be behind the wheel, or need more time to better understand the rules of the road,” said California Statewide Law Enforcement Association (CSLEA) President Alan Barcelona.

The case was prosecuted by Deputy District Attorney Paula Clark of the Consumer Protection Unit and was investigated by DMV Investigator Calen Albert of the DMV Office of Internal Affairs.