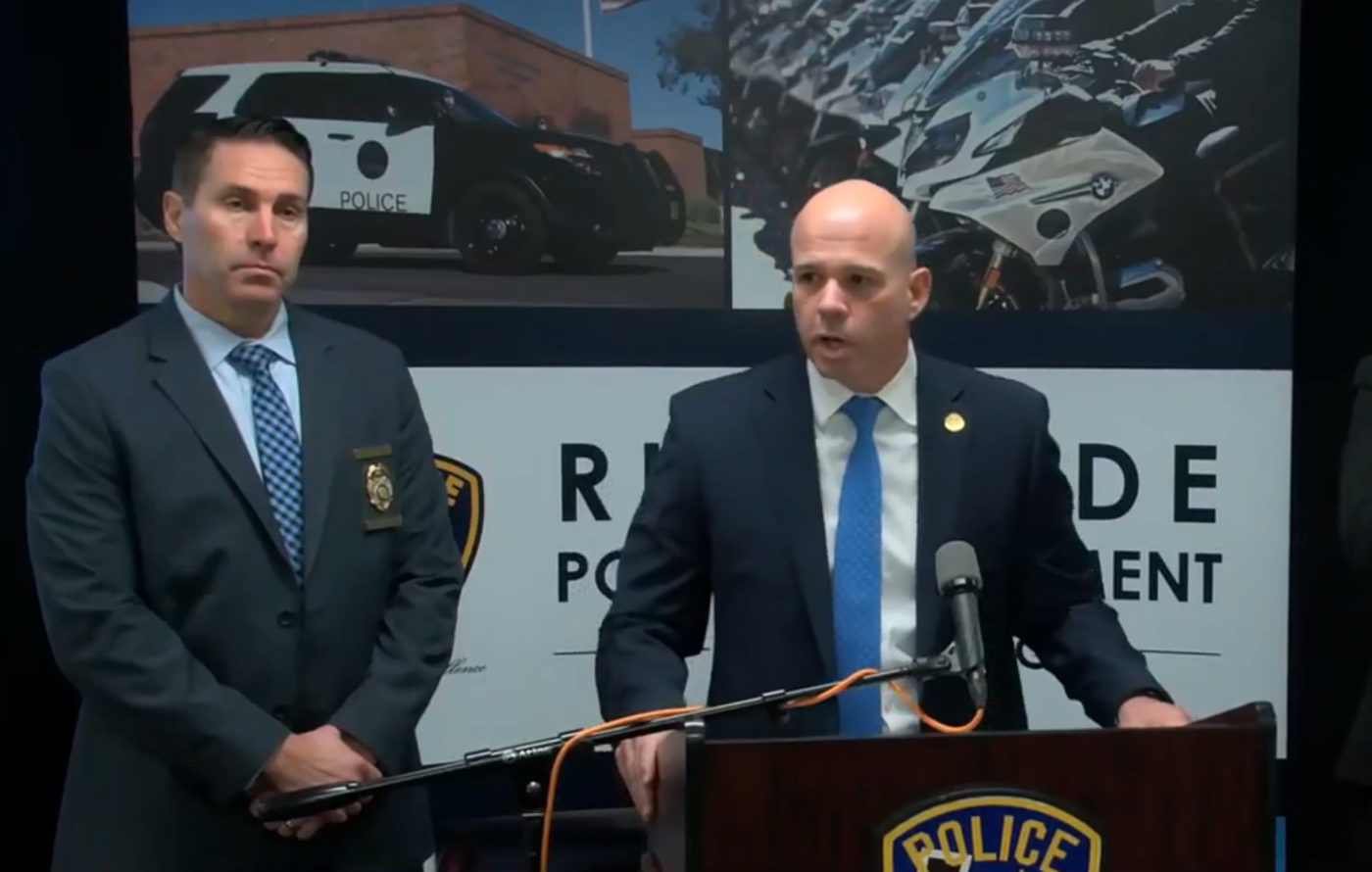 RIVERSIDE – On January 17, 2020, California Attorney General Xavier Becerra and Riverside Police Chief Larry Gonzalez announced the arrest of 15 people; the seizure of 14 firearms, including 2 assault weapons, and the seizure of illegal drugs including methamphetamine and cocaine, as part of a takedown of gang members in Riverside.

The operation, called “Operation Blocc Buster”, targeted criminal activities by the Casa Blanca Gangster Crips criminal street gang located in the neighborhood of Casa Blanca in south Riverside. The gang has a violent criminal history and has committed a variety of violent crimes including murder, assault, conspiracy to commit murder, conspiracy to commit robbery and assault, as well as possession of illegal firearms and narcotics, illegal marijuana sales, and gang enhancements.

“I imagine there are families who are very grateful to California Department of Justice special agents and Riverside police for risking their safety to rid the community of a violent criminal element,” said California Statewide Law Enforcement Association (CSLEA) President Alan Barcelona.  “Removing these violent individuals from our neighborhoods makes it less likely we will come into contact with them and their dangerous ways, and be a lot safer.”

“The strong relationships we have with our local, state, and federal law enforcement partners were a significant part to the success of breaking down this gang’s negative influence in this neighborhood,” said Riverside Police Chief Larry Gonzalez. "But just as important was the cooperation received from our community, helping in these investigations. Without that cooperation, our results may have been different.”

The operation was the product of a joint investigation by the California Department of Justice and California Highway Patrol Special Operations Unit, and the Riverside Police Department Gang Unit. As a result of the investigation, at least two violent crimes, including robbery and assault, were prevented. In addition, a primary homicide suspect was arrested in Oklahoma.

The Special Operations Unit is a collaborative investigative effort between the California Department of Justice and the California Highway Patrol that provides statewide enforcement for combating violent career criminals, gangs, and organized crime groups, along with intrastate drug traffickers. These unique and essential teams use the latest technology and advanced investigative techniques and work alongside local law enforcement to enhance investigations into violent criminals and organized crime throughout the state.

The California Department of Justice has made a tenacious effort to work with local law enforcement agencies throughout California to target gang activity, making hundreds of arrests related to gang activity.