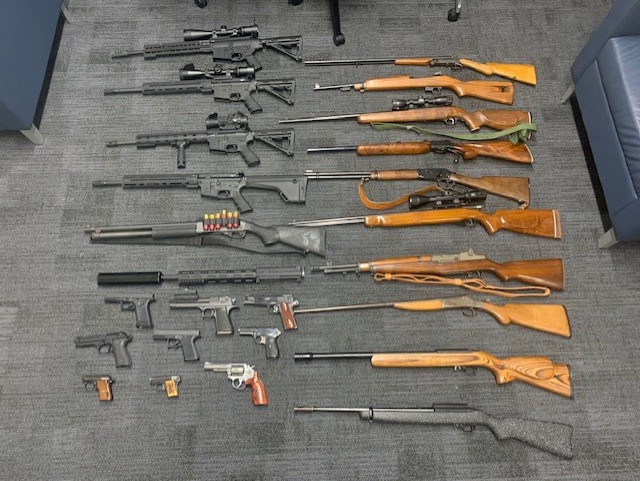 CONTRA COSTA COUNTY - On January 30, 2020, following an investigation into an individual who was possibly in possession of firearms when he is prohibited by law from having them, agents from the Contra Costa Anti-Violence Support Effort (CASE) team executed a search warrant at a home in Bethel Island. CASE agents seized

Earlier in the month, the CASE team, led by a Pittsburg Police Department task force officer, launched an investigation after receiving information from the state Armed Prohibited Persons System (APPS) that the Bethel Island resident had firearms registered to him despite being prohibited. Further investigation found he attempted to purchase silencers through the mail.

The CASE team obtained a search warrant for his residence from a judge.  Arrested was, Jeffery Irvine, 57.  Irvine was later booked into the Martinez Detention Facility (MDF) on the following charges:

“I applaud law enforcement officers who investigate those in APPS for those officers and agents  are working to protect our communities,” said California Statewide Law Enforcement Association (CSLEA) President Alan Barcelona.  “This aspect of the job is particularly dangerous as the agents and officers are entering homes where firearms are located and removing them from people who know they aren’t supposed to be in possession of them.  Good work, stay safe.”