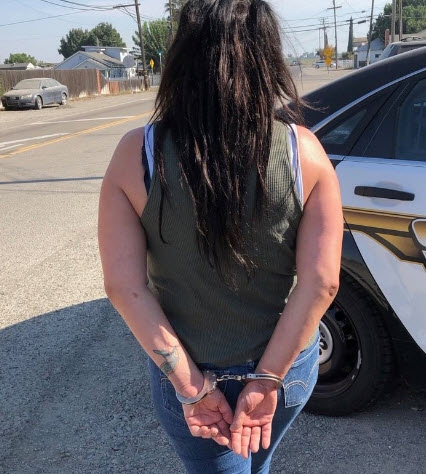 TRACY – On September 25, 2020, the California Department of Alcoholic Beverage Control (ABC) announced that ABC agents arrested a bartender following a Target Responsibility for Alcohol Connected Emergencies (TRACE) investigation that started back on May 29, 2020.

Hollie Simms, 44, of Tracy was arrested on misdemeanor charges of furnishing alcohol to minors causing great bodily injury or death, a violation of Section 25658(c) of the California Business and Professions Code. She is accused of illegally serving alcohol to two people under the age of 21 at the Banta Inn, in Tracy. Daxtin Dibble, 18 and Brandin Farmer, 20, both of Tracy, were served multiple alcoholic beverages at the Banta Inn on the night of May 29. After consuming alcohol at the premises, Dibble crashed his truck on El Rancho Road near Canal Boulevard in Tracy and suffered serious head injuries. 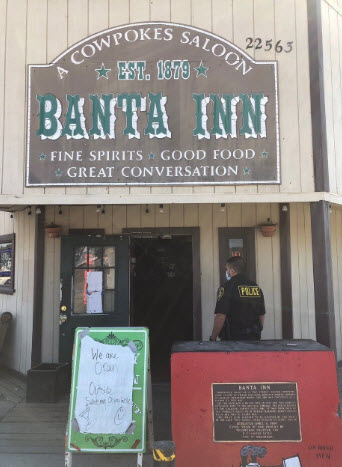 “ABC agents work year-round, targeting clerks, servers and bar tenders who are not mindful of checking the IDs of the young people they serve or sell to,” said California Statewide Law Enforcement Association (CSLEA) President Alan Barcelona.  “They work to keep our communities safe by keeping alcoholic beverages from those not legally of age to drink.  That in turns helps to keep those under 21 from getting involved in accidents, fights, and criminal activity.”

ABC opened a TRACE investigation immediately after the crash to find out the source of the alcohol that was consumed by the underage driver. The cause of the single vehicle DUI crash that injured Dibble was investigated by the California Highway Patrol (CHP).

The ABC agents who worked on the TRACE investigation conducted a series of interviews, examined evidence, and were able to determine that Dibble and Farmer were served alcohol at the Banta Inn. As a result, the department will be pursuing disciplinary action against the Banta Inn’s license. Penalties could result in a fine or suspension of the license.

The TRACE program is made possible by a grant from the California Office of Traffic Safety (OTS) through the National Highway Traffic Safety Administration (NHTSA). The grant provides funding for in-depth ABC investigations of serious incidents, including car crashes, but also alcohol overdoses, poisonings, and assaults involving minors and alcohol consumption.